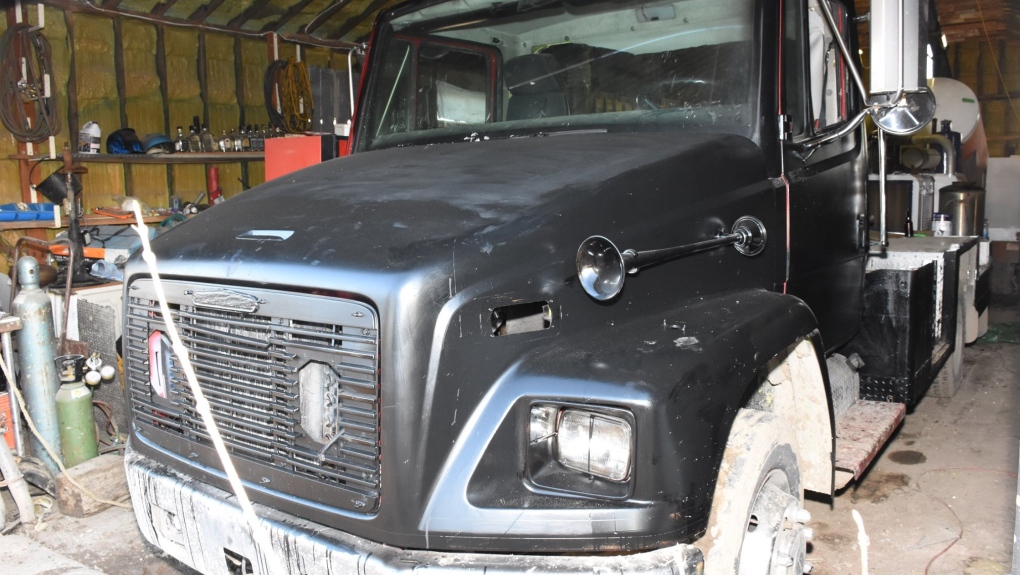 A stolen fire truck in the process of being repainted is seen in this image released Monday, March 16, 2020 by the Strathroy-Caradoc Police Service.

LONDON, ONT. -- Strathroy-Caradoc police say a decommissioned fire truck and trailer stolen from the City of London have been recovered.

The truck and trailer, valued at around $75,000, were stolen from a secure compound in London on Thursday.

Police say they received a tip from the public about a possible chop shop on a rural property on Muncey Road.

Then on Sunday, Strathroy-Caradoc and London police executed a search warrant at the home.

The stolen fire truck and trailer were found in a detached garage in various stages of being dismantled and repainted.

Two males, who were working on the vehicles when police arrived, as well as a third male at the residence, were arrested.

Two males were each charged with two counts of possession of property obtained by crime over $5,000 and removing a vehicle identification number.