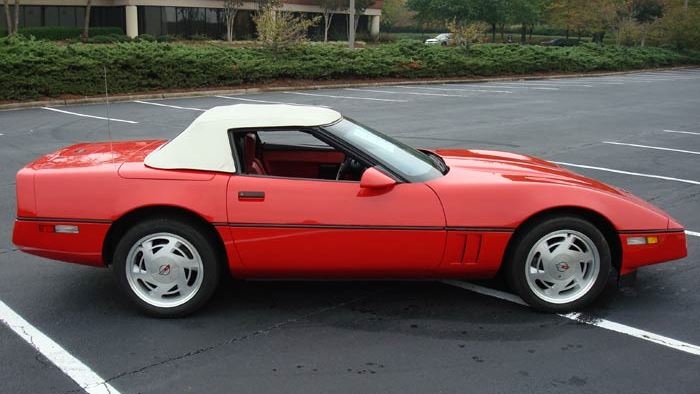 A Chevrolet Corvette similar to this one was used in an alleged robbery of a London gas station on Oct. 14, 2017. (London Police Service)

A London gas station was robbed in style, unfortunately the getaway car didn’t belong to the suspect and he didn’t get far.

In the early-morning hours of Saturday Oct. 14, a Hamilton man entered a gas station located at 1331 Dundas Street. He allegedly had a firearm and approached the counter and demanded money from the cashier. He ran away with an undisclosed amount of Canadian currency.

He was seen leaving the station in a 1988 red Chevrolet Corvette convertible with a beige top, which had been reported stolen from Watford, Ont. the evening before.

London police spotted the vehicle near York and Adelaide Street, but it wasn’t occupied.

A male fitting the description of the suspect exited a nearby business where he was arrested by officers.

Wade Cran, 34, is charged with armed robbery, a whole laundry list of firearms possession charges, and possession of property obtained by crime under $5,000 and theft over $5,000.