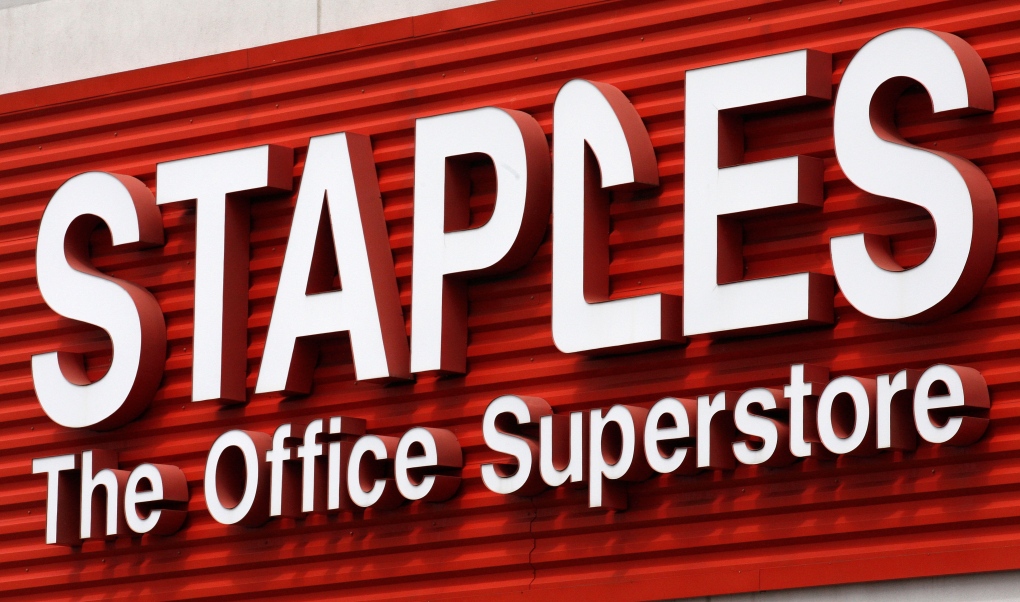 NEW YORK -- The rapidly changing tools of the work place and the way we shop has led to another major consolidation in the retail office supply business as Staples announced the $6 billion acquisition of rival Office Depot.

The cash-and-stock deal comes a little more than a year after Office Depot combined with OfficeMax, with too many stores fighting for too few sales.

Businesses and consumers have shifted rapidly to online shopping at the same time that printers and the use of other traditional office supplies have diminished. That shift coincided with a recession that substantially altered the way companies spend money.

The new company is expected to have annual sales of approximately $39 billion. Staples has a major presence in Canada, where it's the largest office supply retailer, but Office Depot pulled out of the market several years ago.

Office Depot Inc. shareholders will receive $7.25 in cash and 0.2188 of a share in Staples Inc. at closing. The transaction values Office Depot at $11 per share. The companies put the deal's equity value at $6.3 billion.

The two companies began talking about a buyout in September, they said Wednesday.

Staples said it will realize at least $1 billion in annual cost savings by the third full fiscal year after the transaction is complete.

"These savings will dramatically accelerate our strategic reinvention which is focused on driving growth in our delivery businesses and in categories beyond office supplies," Staples Chairman and CEO Ron Sargent said in a printed statement. Sargent will continue to serve in those roles and Staples will keep its corporate headquarters in Framingham, Massachusetts.

Last month activist hedge fund Starboard Value LP urged Staples to combine with Office Depot, based in Boca Raton, Florida. In a letter addressed to Sargent, Starboard suggested he immediately hire an investment bank and legal advisers to help the board evaluate, structure and execute a transaction with Office Depot.

Starboard disclosed in a regulatory filing in December that it had purchased a 5.1 per cent stake in Staples and boosted its stake in Office Depot. New York's Starboard has a history of buying stakes in companies and then pushing for change.

Early last year Staples said that it was closing up to 225 stores by the end of 2015 because people were using less office supplies and shopping more online than they were at its stores.

The deal, which was unanimously approved by both companies' boards, is expected to close by year's end. It still needs approval from Office Depot shareholders. Once the closing occurs, Staples board will increase from 11 to 13 members and include two Office Depot directors approved by Staples.

Staples said that it is temporarily suspending its stock buybacks so that it can concentrate on paying down debt related to the deal.