Police confirm a man is in hospital with life-threatening injuries following a stabbing in a residential area of London’s Hamilton Road District.

Witnesses told CTV News a man knocked on the door of a home and told its residents he had been stabbed in the chest.

Soon after, police taped off the lawns of two houses on the north side of Nelson Street and another smaller area across the street.

Sharon Lesser who has lived near the crime scene for almost 20 years, was shocked to learn a person had been stabbed.

“Oh my goodness! No, I didn’t know that. I didn’t hear anything,” Lesser said.

“God, that’s close to home”, sighed Sam Gray, another nearby neighbour. “Ya, that’s a little uncomfortable."

Gray was alerted to police activity by a family member Monday. They happened to walk by the scene just as the police arrived. 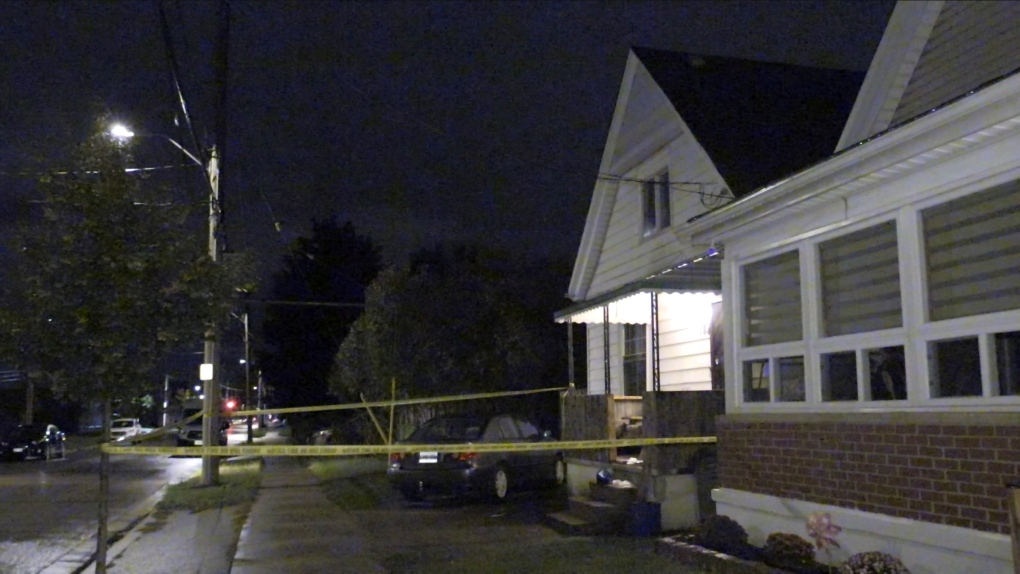 London police are investigating after a man was reportedly stabbed on Sept 26, 2022. (Daryl Newcombe/CTV News London)

“All of sudden, there were cops everywhere! Both sides of the streets,” he said.

As police searched bushes and storm drains for a weapon Monday evening, word of the stabbing had spread to a nearby homeless encampment.

“All I heard, basically, is that he got stabbed. I was just sitting at my campsite when I heard,” said Jeremy Christensen.

He told CTV News he knows the victim and was looking after his pet at the time.

He was upset to learn Tuesday morning, a person he has known for “about four years” may have been stabbed multiple times.

The London Police Service (LPS) has not released whether a suspect is at large, but a spokesperson confirms there have been “No arrests.”

LPS has assigned its Major Crime Section to the case.

Neighbours, including Gray and Lesser, expressed their hope the victim recovers quickly from his injuries.

“It’s not the first time we’ve seen police activity down here, but it’s definitely still shocking when it is so close to home,” Gray said.

Lesser added, ever since a man died violently five years ago nearby, the neighbourhood has only seen minor crimes. She said people are working together to create a better place to live.

“I’ve got great neighbours in most cases. Yes, you’ll find a few that aren’t good, but most are good. And they watch out for each other,” she said.