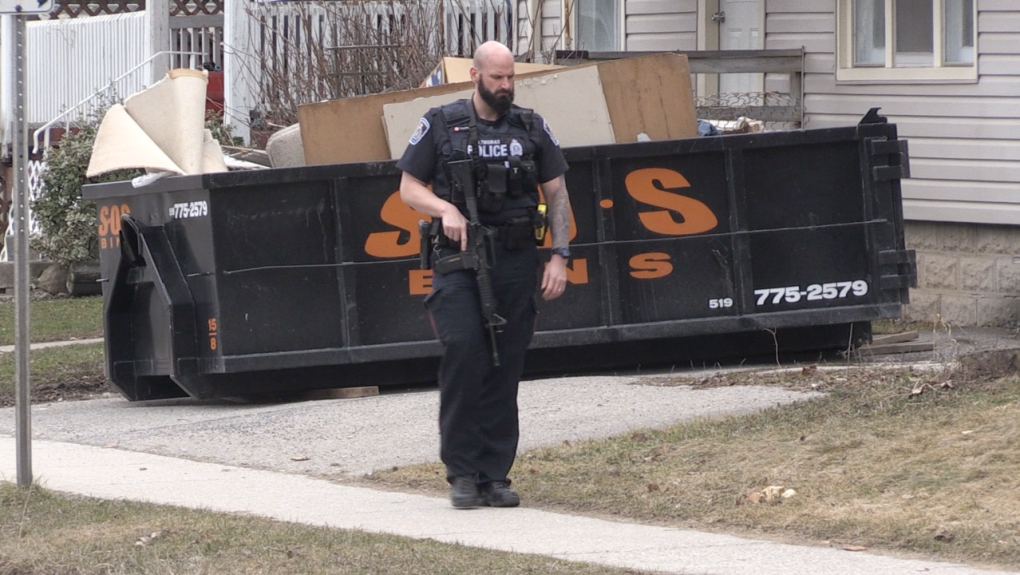 LONDON, ONT. -- St. Thomas police were called to John Street on Thursday morning after a report of shots being fired.

Although it is believed the shots were fired around 6 a.m., police did not receive a call until 9 a.m.

Upon arrival, officers discovered a vehicle on the north side of John Street with a number of bullet holes through the back window. Police seized the vehicle for the investigation.

The K-9 unit could be seen investigating as the street was closed off for much of the day.

Police tell CTV News that they believe the incident was targeted and there is no risk to public safety.

There are no reported injuries, and the suspect(s) have not been located.

Surveillance footage from the area is being reviewed.

With files from CTV's Jim Knight