St. Thomas, Ont. to move to only electronic voting in 2022 Election

The city of St. Thomas, Ont. will abandon in-person voting for the Oct. 2022 municipal election.

"Using internet and telephone voting will allow our electors to vote anywhere from anywhere 24 hours a day at their convenience," said Maria Konefal, St. Thomas' city clerk and returning officer.

During the 2018 municipal election, St. Thomas used a hybrid voting system. During the advanced poll voters could only cast ballots by phone or internet. On Election Day, only in-person votes were allowed. 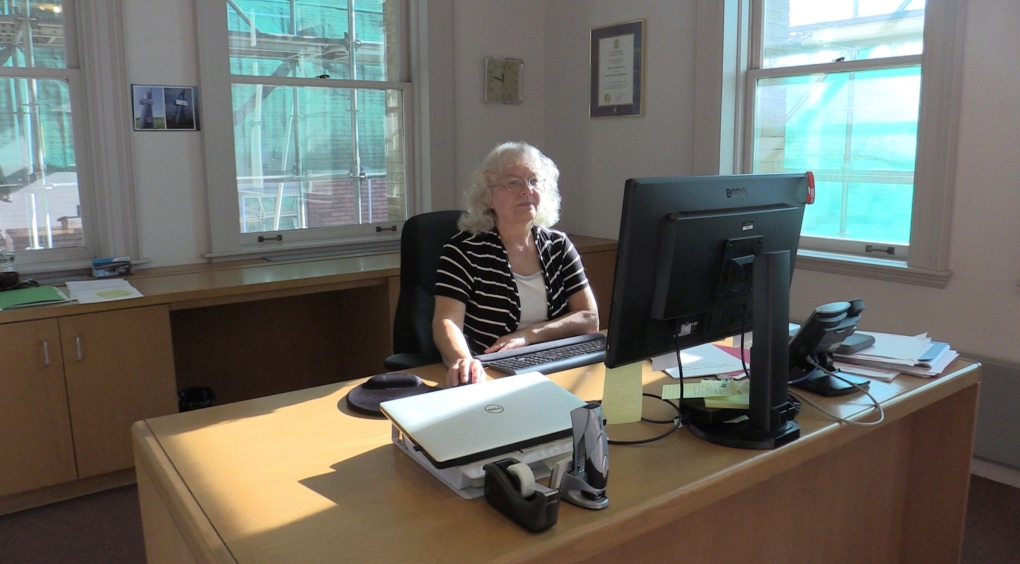 Maria Konefal, St. Thomas, Ont. Clerk and Election Returning Officer, Nov. 16, 2021. (Brent Lale / CTV News)"We think that we've seen from other communities and ours, the use of internet and phone voting will increase the voter turnout," said St. Thomas Mayor, Joe Preston. "We also talked about using some of our more current balloting spots for some kiosks. Rather than voting on your phone from home or your computer, you could go to a public place and someone will be there to help you at the kiosk with the iPad or phone there."

However not everyone believes this is the best practice.

"Convenience is not a principal of the Elections Act," said Aleksander Essex, a Western University professor who specializes in cybersecurity.

"Online voting in Ontario municipalities remains a source of controversy in this province, but also internationally. In the last election, 43 municipalities in Ontario saw the election website go down on election night, and as far as I know, none of them had a backup plan. So they had to invoke emergency powers to extend the voting period."

Despite not having a backup plan in 2018, St. Thomas wasn't one of the 43 municipalities to have internet issues on election night. Essex also worries that a third-party private company counting ballots could raise controversy about an outcome.

"When you go to like a school or church, you put a piece of paper in a ballot box, and at the end of the night, the deputy returning officer counts it up in front of all the candidate representatives. This is not what's happening here," Essex explained.

"Ballots go into a server owned by a private company and then a result comes out which the clerk announces right, and that's just not appropriate for a democratic election. And as we saw in the U.S., you know, you don't even have to have done anything wrong for there to be a controversy about the outcome,” he said. “So what we need to do is get ourselves to a place where we actually can defend the election outcomes and that they are robust against, you know, conspiracy theories or genuine concerns raised by losing candidates."

Mayor Preston isn't concerned, saying, "The people who run the system tell us we have no worries. We ran it for all our advanced poll and almost half the votes that came in last time, came in electronically or in a phone system, so we're going to take it all the way."

The new format will also result in a small savings. Konefal says they will save money on equipment, voting tabulators used for paper ballots have surpassed their lifespan and will no longer be required.

"We won't have to pay maintenance or purchase new ones," said Konefal. "We'll save approximately $16,000 for this upcoming election because we would still be able to use the tabulators. For any future election we would have to incur a cost of at least $40,000 for new tabulators and then a slight decrease in costs, should we have chosen a vote by mail option because for that particular option we would have to use more staff in order to count ballots the evening of the actual election."

A driver who struck and killed a woman and her three young daughters in Brampton, Ont., nearly two years ago is set to be sentenced today.

In Montreal, a pioneering clinic in the emerging field of psychedelic-assisted psychotherapy is about to become the first health-care facility in Quebec to legally treat depression with psilocybin.

The moon glowed red on Sunday night and the early hours of Monday, after a total lunar eclipse that saw the sun, Earth and moon form a straight line in the night sky.

The European Union's efforts to impose a new round of sanctions against Russia over the war in Ukraine appeared to be bogged down on Monday, as a small group of countries opposed a ban on imports of Russian oil.