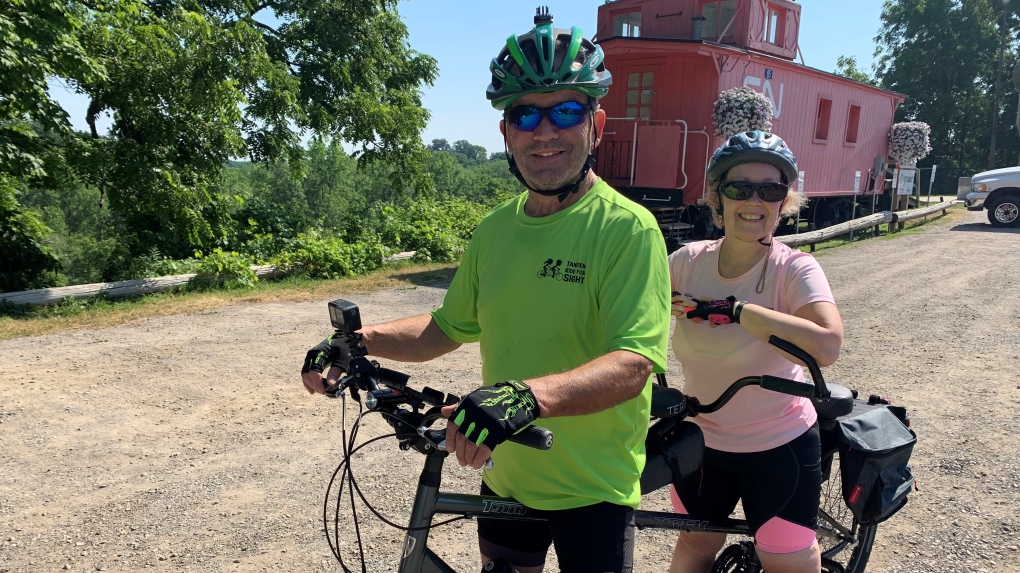 On a country road outside of St. Thomas, Ont., Mike Rousseau and Amber Needham are pedaling for a cause.

The friends are just beginning a tandem bike trek of 2,500 km called ‘Tandem Ride for Sight’ with hopes of raising $80,000 for a stem cell donor registry.

“I wanted to help the hospital that helped me get my site back to what was 20/20,” said Needham, an artist and author originally from Simcoe, Ont. but now living in St. Thomas.

She lost her sight in 2014 due to severe damage to her cornea.

“With me having a stem cell transplant, I had to find my own donor. This way by raising money and creating a registry, recipients wouldn't have to,” said Needham.

According to Needham, only one doctor in Canada does stem cell donor transplantation called the Cincinnati Procedure. It helped her regain her sight to 20/20 for a couple of years before what she says was a freak accident which took her vision again. 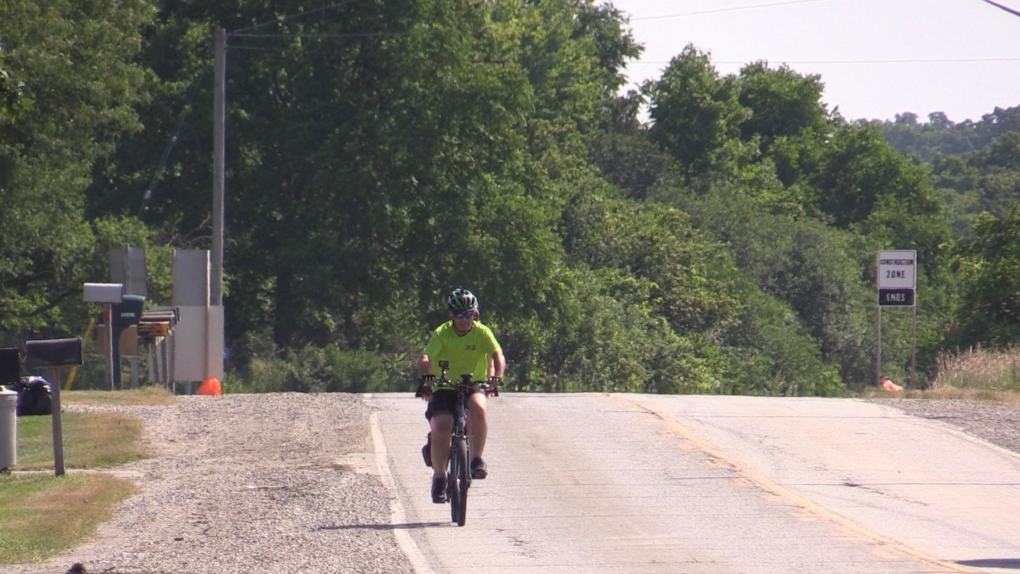 Friends from St. Thomas, Ont. Mike Rousseau and Amber Needham are cycling 2,500 km on a tandem bike to raise money for a stem cell donor registry, July 4, 2022. (Brent Lale/CTV News London)“We are doing this ride specifically for the ophthalmology department at Toronto Western Hospital and Dr. Chan, for them to be able to create this registry,” says Needham.

Joining her on the ride is one of her best friends Mike Rousseau. He used to be a marathon runner and took up cycling after a hip replacement.

“It’s going to be a lot of miles, but a lot of fun at the same time,” said Rousseau. “It's a challenge and we should have a really great time.”

The two are cycling across the province from St. Thomas and on to Windsor, Goderich, Sudbury, Ottawa and Barrie with a goal of ending at Toronto Western Hospital on August 20.

Needham hopes to raise awareness for diseases of the cornea and the importance of research and innovative procedures that will help clos the gap for patient care in this field.

“What a lot of people don’t know is that a lot of this stuff is not covered,” said Needham.

She added, “To be able to go and be treated by the doctor at Toronto Western, a lot of it comes out of pocket. Having this registry saves not only the money, but the time and the stress. So $80,000 is going to help create the registry and it's going to help do extra research into what is called Limbal stem cell deficiency (LSCD).”

A fire ripped through a packed Coptic Orthodox church during morning services in Egypt's capital on Sunday, quickly filling it with thick black smoke and killing 41 worshippers, including at least 15 children.

A new study is offering a dire prediction for the U.S. state of California, where scientists say catastrophic flooding could become twice as likely in the future due to the effects of climate change.

Antarctica ice melt is accelerating, and research says an overlooked coastal current is to blame

A new study suggests that Antarctica’s ice shelves may be melting faster than previously believed, which is causing sea levels to rise at a more rapid pace and accelerating the dangers of climate change.