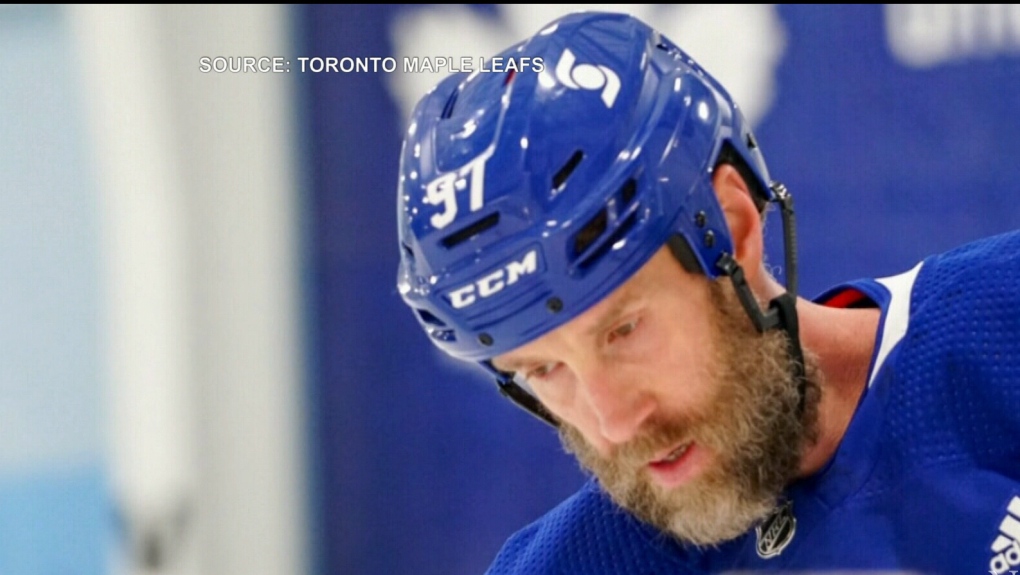 LONDON ONT -- Saturday night ‘Jumbo Joe’ got his first goal as a member of the Toronto Maple Leafs vs the Ottawa Senators, making him the oldest forward to ever score a goal for the leafs

Potting his 1st goal with the @MapleLeafs in the 1st period as part of their 3-2 victory over the Senators on Saturday night, Joe Thornton became the 2nd oldest player (oldest forward) on this list of well seasoned veteran names to light the lamp while wearing the blue and white pic.twitter.com/Ouwzw9ubv1

While he’s the oldest forward to ever score in a Maple Leafs jersey, he’s not the oldest player to score a goal in team history as defenceman Allan Stanley holds that record at 41.

Through his career, Thornton has been one of the best in the game. He has been the league’s leading scorer and MVP, winning the World Cup and Olympic gold.