Sports groups back plan for keeping carp out of Great Lakes 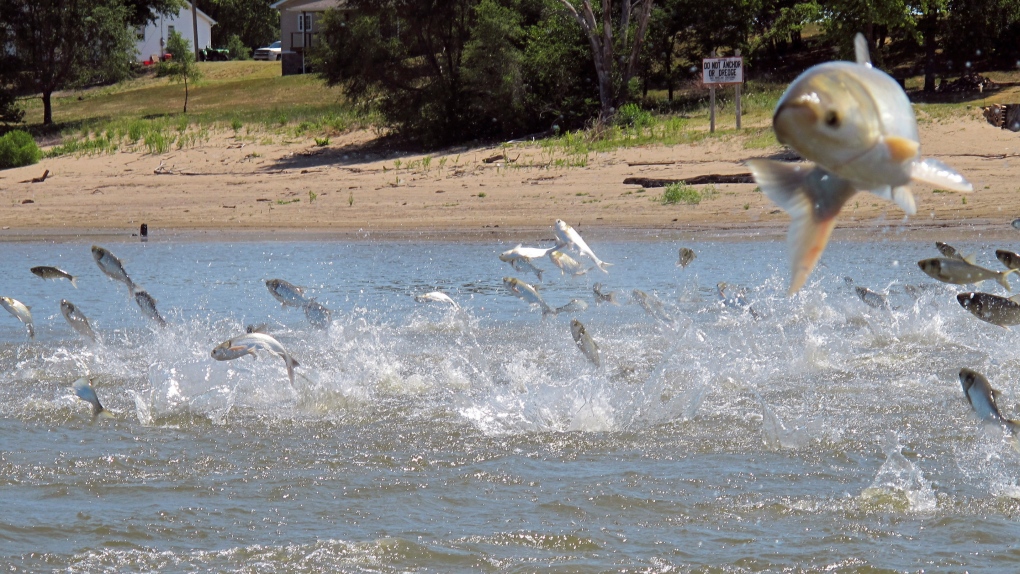 In this June 13, 2012 file photo, Asian carp, jolted by an electric current from a research boat, jump from the Illinois River near Havana, Ill. (AP Photo/John Flesher, File)

TRAVERSE CITY, Mich. -- Hunting and fishing groups have teamed up to support a plan for preventing Asian carp from reaching the Great Lakes.

They have formed the Great Lakes Conservation Coalition, which will push for funding of a strategy proposed by the U.S. Army Corps of Engineers.

The $778 million plan calls for installing technologies such as noisemakers and a water-flushing lock at the Brandon Road Lock and Dam in Joliet, Illinois, to prevent the carp from migrating upstream to Lake Michigan.

Scientists say the invasive fish could out-compete native species if they become established in the lake.

The Michigan United Conservation Clubs is a member of the new coalition. Director Amy Trotter says a carp invasion could harm an outdoor sports industry that pumps $11.2 billion into the state's economy annually.