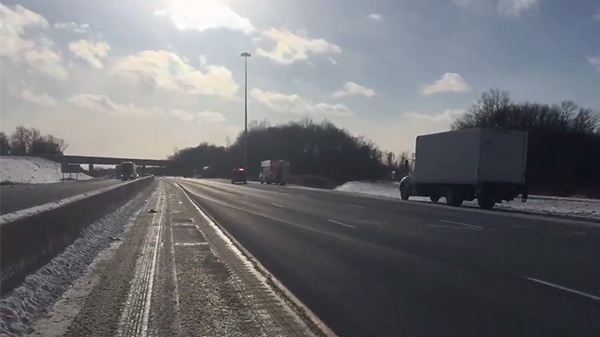 All westbound lanes of Highway 401 were closed west of Highway 402 on Wednesday after a tanker truck reportedly started leaking fuel.

OPP were called to the scene for a disabled tractor trailer around 2:30 p.m. and found a leaking tanker.

Clean-up crews responded to deal with the spill, believed to be about 200 litres of fuel.

The Ministry of the Environment has also been notified.

Traffic was detoured off the 401 at Highway 402 for several hours.

The highway was reopened just after 6 p.m.

WB #Hwy401 traffic is being diverted onto #Hwy402 because of a tanker truck that’s leaking oil. It’s unknown how long the cleanup efforts will take. @CTVLondon pic.twitter.com/wkDzKsb98M