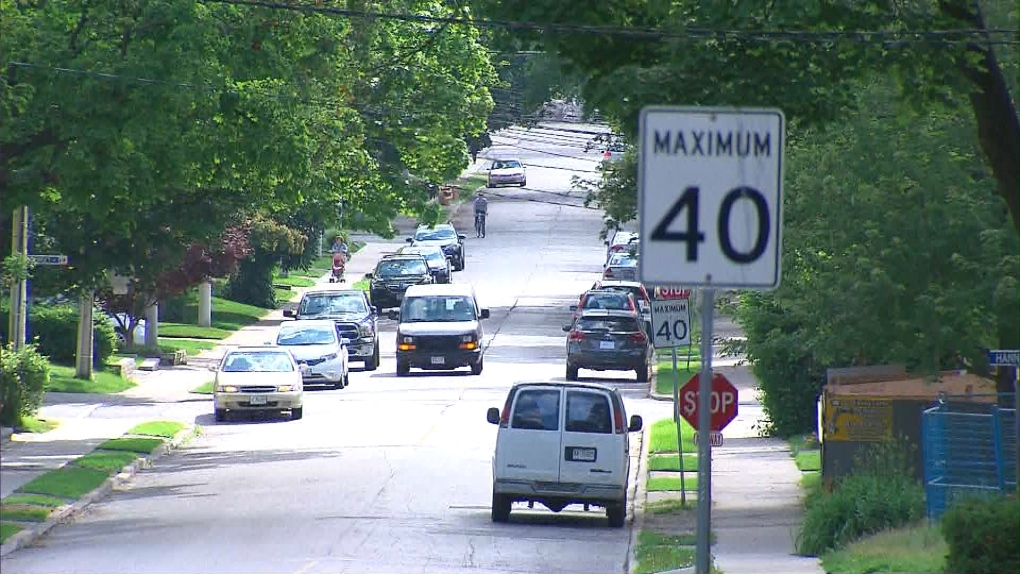 After a lengthy debate, city council has decided to reduce the speed limit on local residential streets to 40 km/h.

But speed limit reductions on downtown streets and collectors are on hold until the London Transit Commission can analyze the impact on its routes.

It will take several years to roll out the reduction in every neighbourhood.

A pitch by Councillor Stephen Turner to reduce speeds on those streets to 30 km/h failed on a tie vote (7-7).

Council also directed staff to report back on the impact of reducing speed limits in school zones currently set at 40 km/h to a new 30 km/h limit.

Also Tuesday night, council approved a photo radar program that will be set up in school zones.

It’s expected that ticket revenue will offset the cost of the photo radar.

The city will start with two cameras, eventually expanding to seven cameras, that will be rotating between school zones.

NEW 40KM/H SPEED LIMIT:Council to cut speed limits just on local residential streets to 40km/h, BUT will wait for input from @LTCLdnOnt on route impacts on downtown & collector streets. Pitch by @st3v3turn3r for 30km/h fails(7-7). Staff to report on 30km/h in school zones.#LdnOnt pic.twitter.com/gJqhKgR4Nd