Southwestern Ontario to be slammed by winter storm system 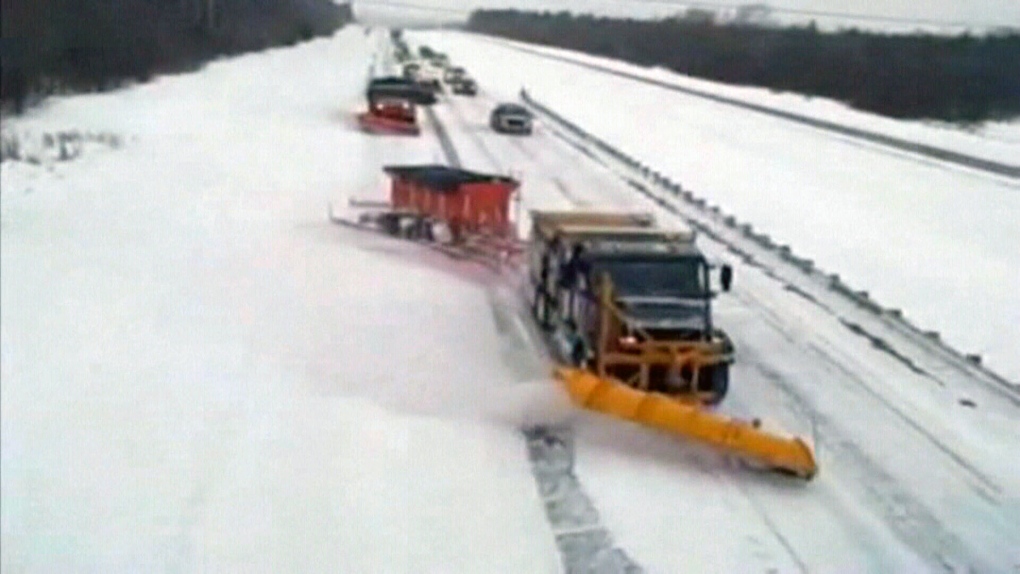 Southern Ontario is getting a short rest from several days of Arctic weather, but more snow and possibly some freezing rain are likely to cause a messy commute tomorrow morning.

The temperature is expected to rise to as high as 0 in many areas Sunday -- a day after an extreme cold weather alert was lifted in the Toronto area and surrounding communities.

But not everyone is getting a break from the nasty weather.

Environment Canada says regions north of a line from roughly Leamington to London to Barrie to Pembroke will receive 15 to 20 centimetres of snow Sunday and areas such as Windsor-Essex, Chatham-Kent, Lambton and Huron are under a snowfall warning.

South of that line, up to five centimetres of snow is expected, although some areas could get double that.

This will all be followed tomorrow by a new wave of bitter cold along with blowing and drifting snow in areas set to receive the most snow from the storm.

On top of that, look for intense snow squalls off Lake Huron and Georgian Bay tomorrow through mid-week.

A word of caution though -- Environment Canada says it is uncertain as to the exact track of the storm centre and where the freezing rain and heaviest snow will fall.

But the agency does warn that frigid wind chills are likely from tomorrow night through Wednesday as some of the coldest air in years seems poised to settle across the region accompanied by brisk winds.

Streets and roads will be slick and slippery.  Drivers are being asked to slow down and use caution.