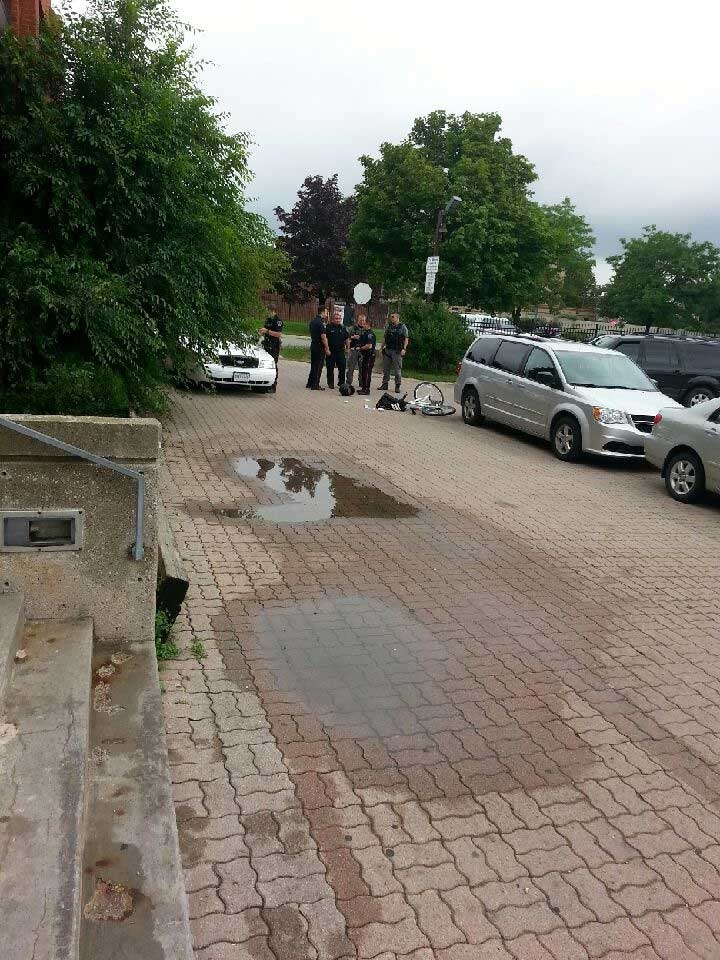 Police investigate after a robbery at the Ernest Pharmacy in London, Ont. on Tuesday, July 14, 2015. (Allison Gibson for CTV London)

London police have laid charges after the Ernest Pharmacy was robbed on Tuesday afternoon.

Officers responded to 1408 Ernest Avenue in response to a 911 call about a robbery just before 1:30 p.m.

Investigators say a man wearing a motorcycle helmet and carrying a handgun demanded medication before attempting to flee on a bicycle with various narcotics.

The male was found in the parking lot of the pharmacy and arrested without incident. The medication and a replica handgun were recovered.

As a result of the investigation, 39-year-old Scott Landry of no fixed address, has been charged with: