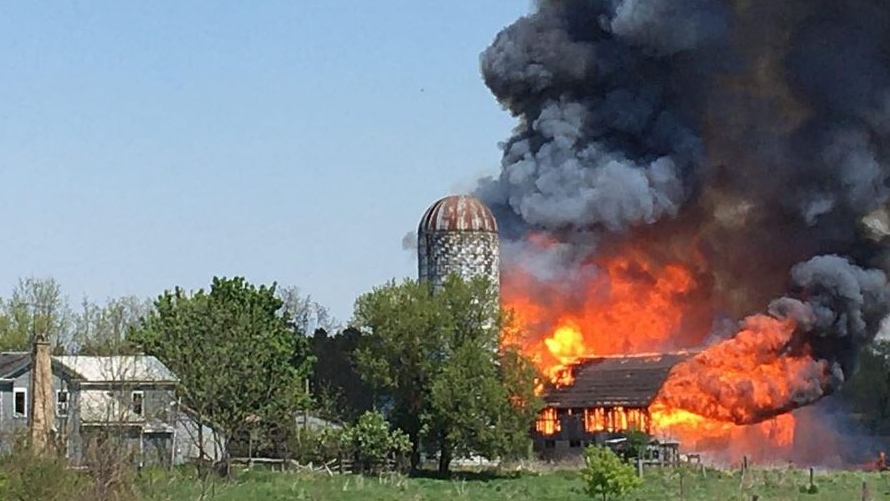 The fully-involved fire broke out in the area of Colonel Talbot Road and Pack Road around 12:45 p.m.

The blaze was brought under control just before 2 p.m. but crews had to remain on scene to put out hot spots.

No one was hurt. The property is abandoned and there were no livestock inside.

"On this call, actually numerous 911 calls had come in, even before we were dispatched. Upon leaving our fire hall, which is quite a bit to the east of here we saw heavy smoke, heavy dark smoke coming up. So we knew we had something heavily involved," says District Fire Chief Scott Turnbull.

The fire has been deemed suspicious and London police are investigating in conjunction with the London Fire Department's inspector.

Damage has been estimated at approximately $100,000.