Song honouring murder victim being used to give back to community

Giving back to the community in honour of a young man who’s mission to do just that was cut short.

One Last Time, a song preformed and co-written by London artist Julia Haggarty and Justin Zadorsky to honour and remember their late friend Nathan Deslippe.

She wanted to depict all those emotions in the song; because those were the emotions she struggled with knowing that Nathan was murdered at the hands of his friend.

“I remember sitting on my bed and listening to it and I was just blown away,” says Nathan’s mother Mona Deslippe, who was so touched by the song she wanted to use it in a way to inspire others.

“As much as it’s about Nathan, it’s really about loss and anyone who has lost even if it’s someone across the world you’re missing, it speaks to us on so many levels.”

In honour of Nathan, whose passion was to inspire others, the Deslippe family and Haggarty want to give back to the community through the song.

Proceeds from sales of the song will go towards the Nathan T. Deslippe Memorial Fund which gives back to community projects.

The family is holding a launch party for the song which is also an inspirational music night.

The event takes place Sunday, June 9th at the Aeolian Hall from 5-8 p.m. 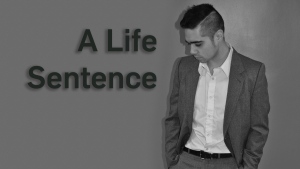 A Life Sentence: Life After the Murder of Nathan Deslippe