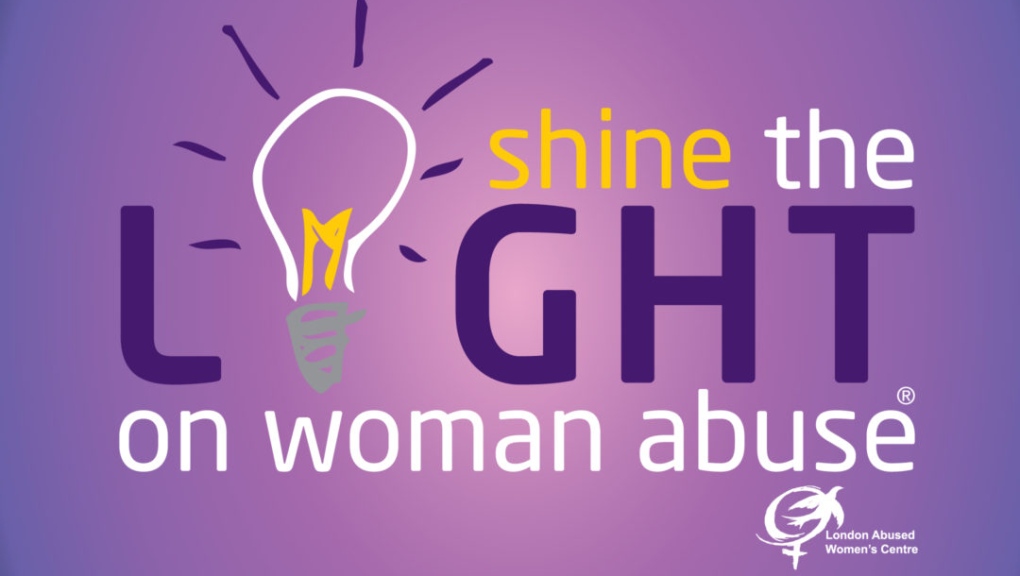 LONDON, ONT. -- The London Abused Women’s Centre (LAWC) in partnership with the City of London is installing purple-crosswalks this evening at two core-area intersections downtown, to raise awareness of men’s violence against women.

Megan Walker, Executive Director of the London Abused Women’s Centre, says the crosswalks will be painted purple, the colour used to honour the lives of women and girls who are victims of abuse.

"Illuminating your house purple, wearing purple, shows women that they are not alone," says Walker.

Purple is a symbol of courage, survival and honour, and has come to symbolize the fight to end women abuse, says Walker.

Crosswalks at Richmond Street and Central Avenue, as well as Dufferin Avenue and Clarence Street will be painted in support of the 11th Annual shine the Light on Woman Abuse Campaign.

"This is particularly important this year. What we are doing around awareness, particularly because of COVID, where so many women are isolated in their homes with their abuser and children are exposed to violence in their home," says Walker.

The goal of the campaign is to turn communities purple to show women support and raise awareness of violence against women in London.

The purple painting was to take place Sunday evening ahead of the Shine the Light on Woman Abuse campaign that runs from November 1 - November 30, but due to rain it has been postponed.

"The month of November is to stand in solidarity with abused women and support them in understanding that any shame or blame they (abused women) may feel does not belong to them," reads the LAWC website.

"We just want people to engage during the month of November, illuminating their structures with purple lights, wearing purple, because really during this month women want to know that they can go to someone wearing purple…that we stand with them," says Walker.