As the Ontario Hockey League (OHL) season gets underway Friday, it wouldn’t be a shock if the London Knights have the lowest goals against this year.

To score against them, you’ll have to go through four NHL drafted defencemen, and arguably the best goaltender in the league in Brett Brochu.

Edward is joined by a deep group of defenders, which will even see some OHL-calibre players having to sit out due to numbers. 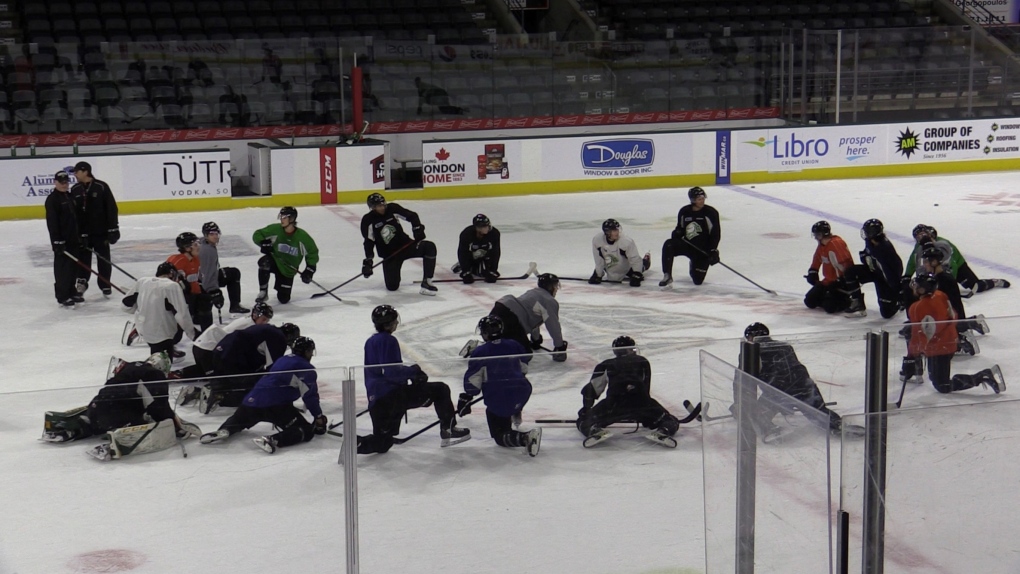 The London Knights go through a stretch at practice ahead of their season opener against Owen Sound on Sept. 30, 2022 at Budweiser Gardens in London, Ont. (Brent Lale/CTV News London)

“It’s definitely not a disappointment to be a London Knight,” says Brochu, 20, from Belle River, Ont. “I think that's the biggest thing that I'm looking forward to this year is having a good chance at winning the league and that's my main goal coming into this year.”

There is a chance he could see up to 60 games in goal for the Knights.

The only real question is, who is going to put the puck in the net? They are missing 86 goals from their top two forwards Luke Evangelista and Antonio Stranges, who have moved on.

London Knights Head Coach Dale Hunter agrees that filling those shoes is going to be tough, but he’s liked what he has seen from the young players in the preseason. 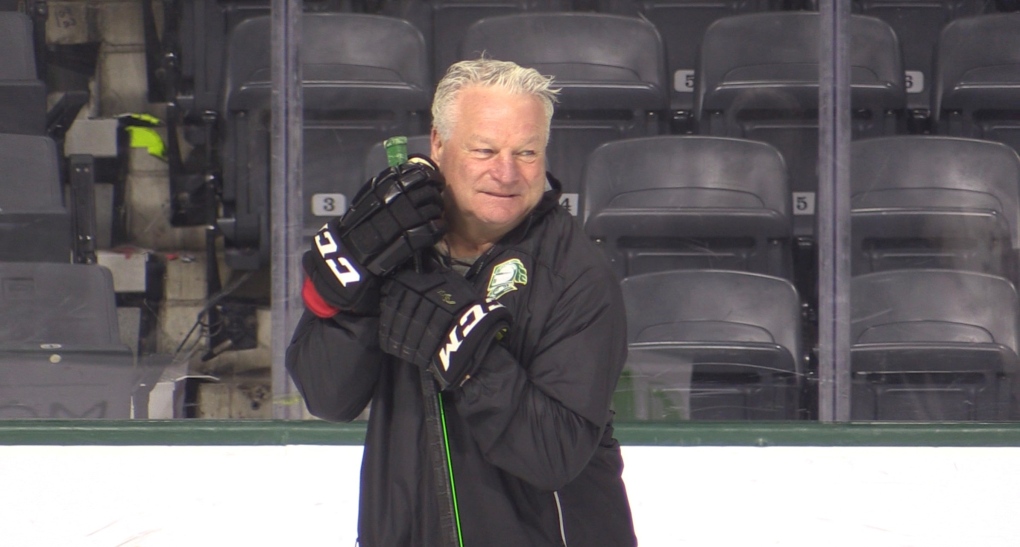 “Upfront, we got some good young guys and, and through these COVID times they didn't get to play,” says Hunter. “So last year was really their first year. This is their second year coming back and we expect big things.”

London had a disappointing first round playoff exit last season, but are confident with their talented roster it won’t happen again.

They open the season at home Friday night against Owen Sound.

“I’m so excited to play in front of the fans, get the building going and also playing the game that actually matters again,” says Sean McGurn, a Knights forward who could potentially wear the captain’s "C” on his jersey this year.

Ahead of the opener, the Knights shuffled their roster Tuesday morning by trading forward Liam Gilmartin to the Erie Otters in exchange for three draft choices.