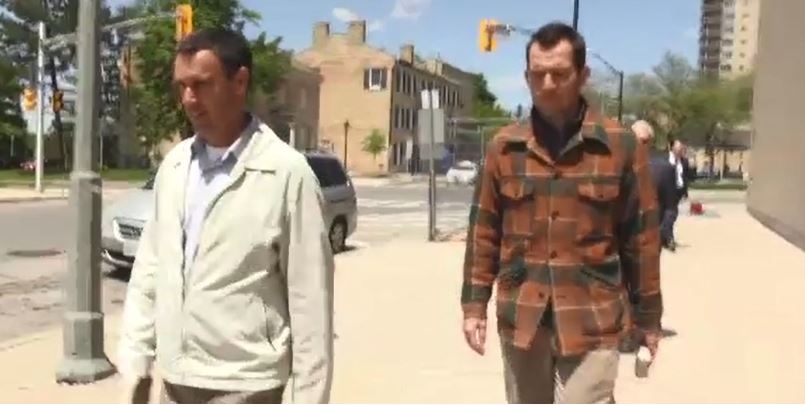 Steven Ravbar and Matthew Carapella were in attendance to answer to a criminal charge of mischief relating to religious property.

In March Ravbar and Carapella were charged with five counts each of violating the city's public nuisance bylaw.

City hall has received dozens of harassment complaints regarding the pair.