CARGILL, ONT. -- When Mother Nature left behind a 12-foot snow drift along the side of Greenock-Brant Townline last week, Kerry and Chad Adams had an idea.

They decided to turn it into a billboard supporting local athlete Jackson Pegelo, who is playing for Team Canada at the U-18 Softball World Cup in New Zealand. 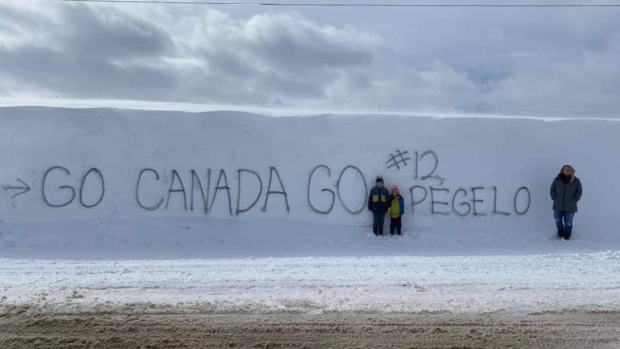 “We were just kind of passing by and saw a blank canvas, and thought we’d give a shoutout to Jackson and his team,” Chad says.

The “GO CANADA GO #12 PEGELO” has turned into a bit of a tourist attraction, bringing fans and visitors from across Bruce County. 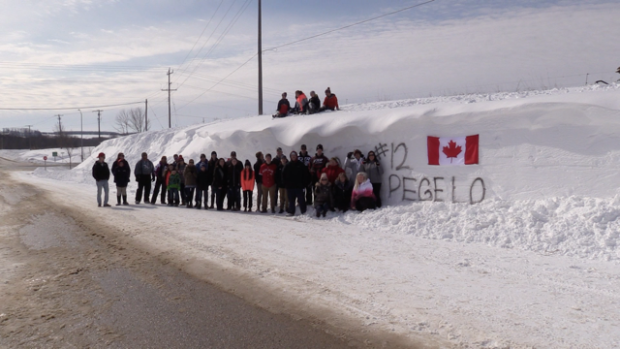 Hundreds of pictures have been taken at the 12 to 15 foot snowbank billboard, that’s located just west of Walkerton.

Canada ended up seventh of 12 teams in the tournament. Pegelo hit a walk-off home run against the U.S. to help propel Canada to seventh.

Unlike the rest of his teammates, Pegelo will have a snowbank with his name on it, once he returns home to Bruce County. 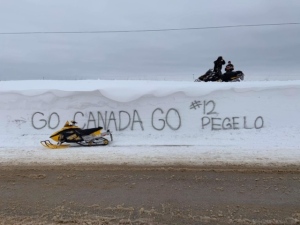