Snow piling up across the region 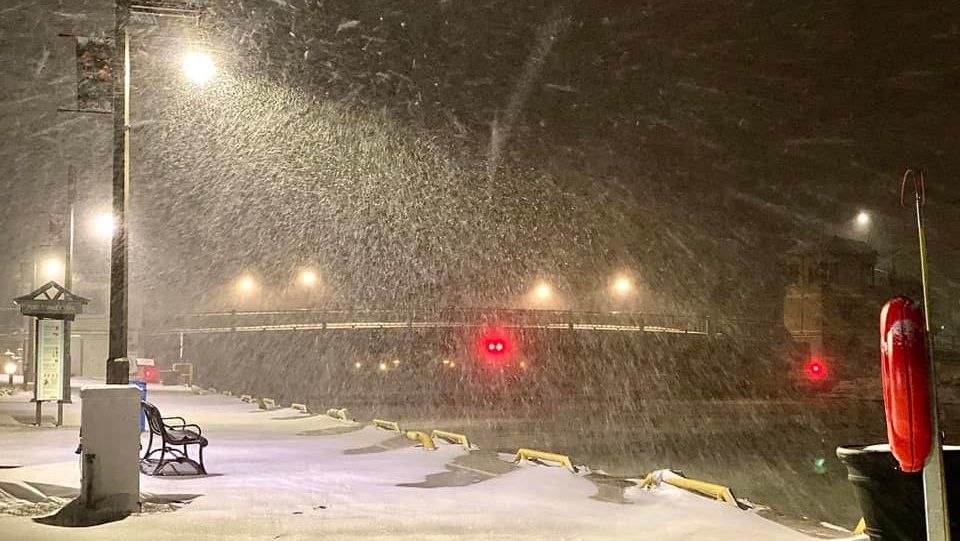 Snow started Sunday night and continued into Monday with snowfall rates in London-Middlesex and Elgin County measuring between two to five cm per hour, prompting a snowfall warning early in the day.

There were numerous school bus cancellations on the first day students were slated to return to in-person classes following the holiday break.

The blowing snow, low visibility and snow-covered roads made for a lengthy morning commute for those who braved the storm.

Ottawa topped the list, receiving 41 cm of snow as of noon Monday.

In London and surrounding area, snowfall amounts ranged between 15-20 cm. 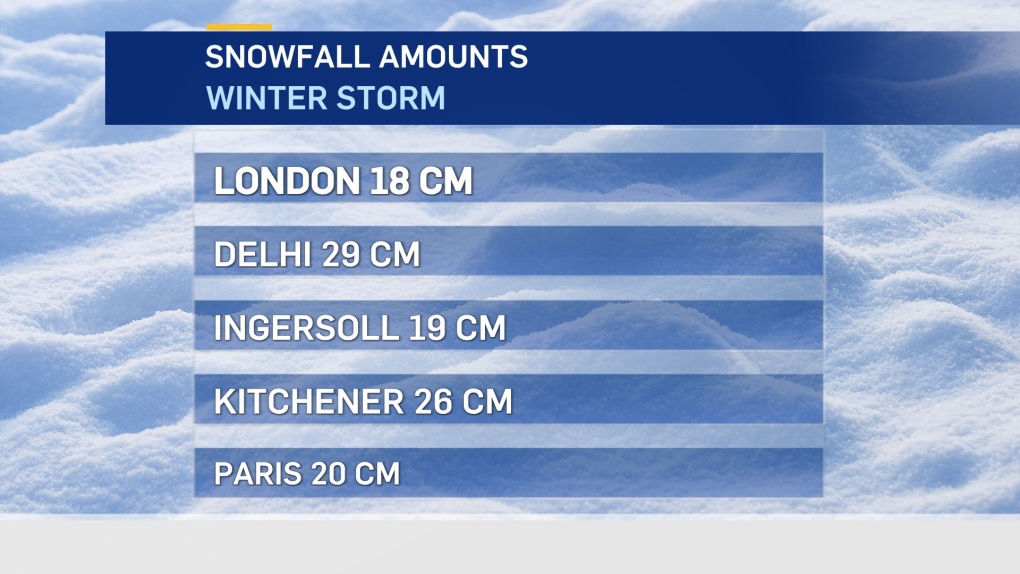 There is the risk of snow squalls developing Monday evening and after midnight, and blowing snow will be an issue as winds continue to gust out of the northwest.

If a snow squall sets up shop overnight in London, there is the potential for an additional five to 10 cm in the city.

The sky will be mainly cloudy Tuesday with a 40 per cent chance of flurries in the morning and a high of -3.

The wind chill in the morning will be close to -13 and -8 in the afternoon.

Midwestern Ontario was on the fringe of this system with most areas not seeing any snow from the strong low.

Snowfall will return tonight as the lake-effect snow machine will turn out close to 20 cm of localized snow.

A strong northwesterly with wind will gust up to 60 km/h reducing visibility in blowing snow.