LONDON, ONT. -- What will school look like for the thousands of students within the Thames Valley District School Board (TVDSB) come September? In one word, different.

CTV News took a tour through Eagle Heights Public School, which is one of the first schools that has been retrofitted over the summer.

"It’s going to be very different for parents and students and I want everyone to be prepared for that," says Mark Fisher, director of education at the TVDS.

Eagle Heights Public School and Saunders Secondary School have been used as pilot projects for the school board as its prepares for enhanced health and safety measures.

"We are working with municipal partners, you may be dropping off five or 10 minutes away and then walking in. We will have limits on how many kids will be in the bathroom at one time. Water fountains won’t be on. Plexiglas will be in the office and you will be waiting to come into the school and have those interactions," explains Fisher.

There will also be hand-washing stations at the doors so that students wash their hands as they enter school and when they come in and out for recess.

Classrooms will also have new rules, including teachers wearing masks. 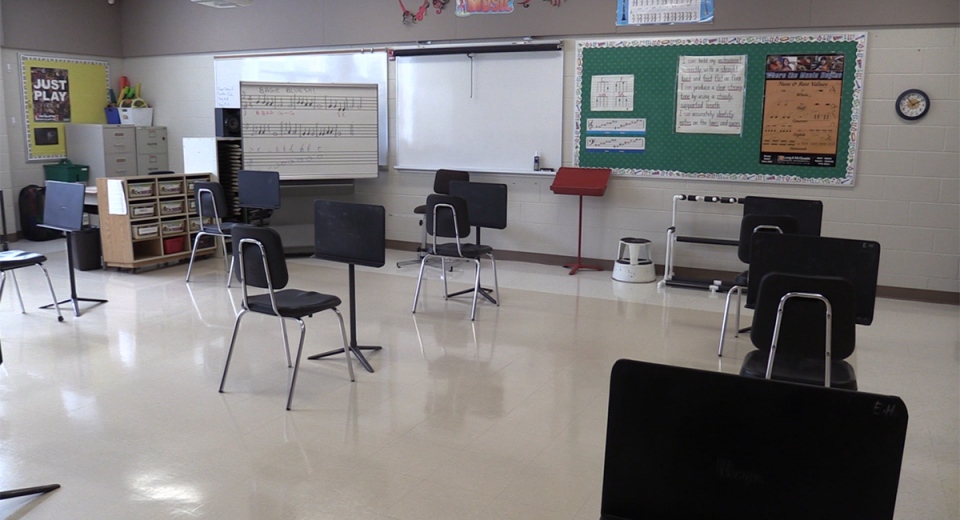 Fisher adds, "You won’t be able to do group work and you won’t be able to shift seats during the day. You will have your own materials that you don’t share with anyone else and your own seat that no one else used and there will be scheduled trips to wash hands and use the bathroom."

There are also A and B stickers on the desks in case it’s decided that the board will follow along with the adaptive model and have staggered days.

All elementary and secondary schools will also have signage on the floor to make sure that the students are walking in the right direction and keeping two meters apart. 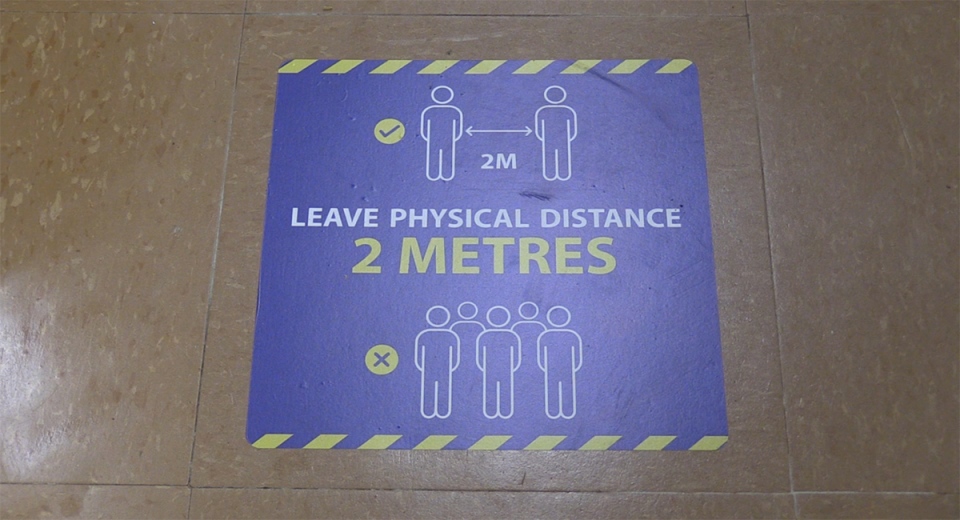 Meanwhile the school board is still waiting on word from the province as to which of three models school will fall under come September, in-school learning, at-home learning or a blend of the two - the adaptive model.

Representatives will be meeting with the Ministry of Education next week in hopes of receiving direction by the first week of August, but even then Fisher says it will be hard to set anything in stone.

"They need to be prepared that that could shift between the first of August, early August, and four weeks later when school starts. But we are prepared to move between any of these models depending of the health and safety of our students."