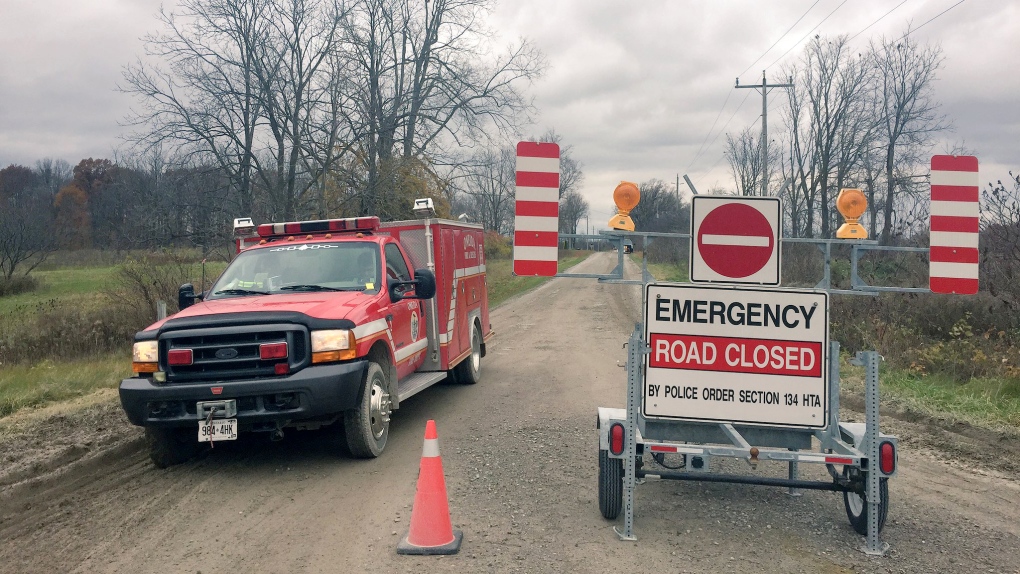 Bodkin Road was closed to traffic in the area where three bodies were found in a vehicle in Middlesex Centre, Ont., Wednesday, Nov. 7, 2018 (Sacha Long / CTV London)

Three people are now facing charges of being an accessory after the fact to murder in the deaths of three people whose bodies were found southwest of London, Ont.

Melissa Miller, 37, Alan Porter, 33, and Michael Jamieson, 32, all of Six Nations of the Grand River, were found dead in a stolen pickup truck in Middlesex County on Nov. 4, 2018.

Miller was seven months pregnant at the time of her death.

On Friday, OPP announced 33-year-old Vernon Shipman of Six Nations of the Grand River is facing three counts of accessory after the fact to murder in the case.

He was arrested Thursday and was remanded in custody after a bail hearing in Brantford on Friday.

Police had previously charged Roland Sturgeon, 21, and Kristin Bomberry, 35, with three counts each of being an accessory.

Three other people are facing murder charges in connection with the deaths:

A publication ban is in place regarding the details of the case.