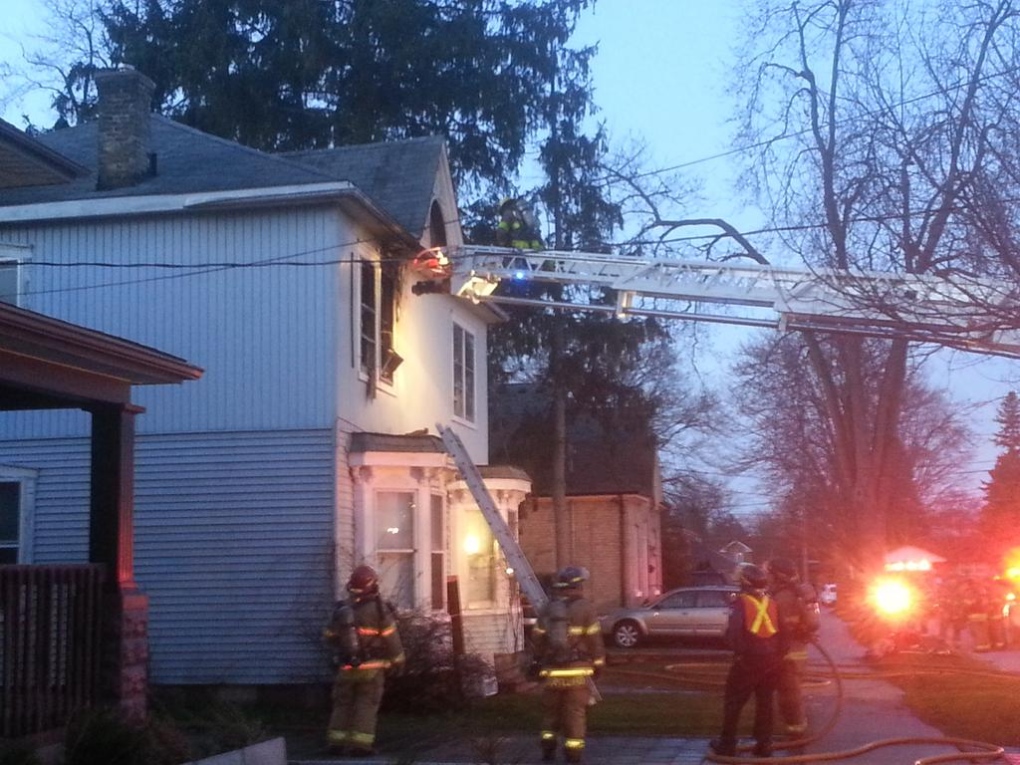 Fire crews battle a house fire on St. Andrew Street in London, Ont, on the morning of April 30, 2015.

Fire officials and London police remain on scene of a house fire this morning near Jean Sauvé French Immersion School.

Fire crews responded to a report of a house fire at 15 St. Andrew Street at approximately 5:25 a.m. Upon arriving flames could be seen from the windows of the top floor of a two story house across the street from Jean Sauvé.

Crews were able to control the fire quickly however there is extensive damage to the upper level of the home. No one was injured in the fire.

The house is rented out, but it’s unclear as to how many units are within. Platoon Chief Kirk Loveland tells CTV that as many as six people have been displaced by the fire while an investigation is conducted.

The total cost of damages has not been released. Police are involved with the investigation but it has not been said if the fire is considered suspicious at this point.