Six killed in collisions on OPP patrolled roads over the weekend 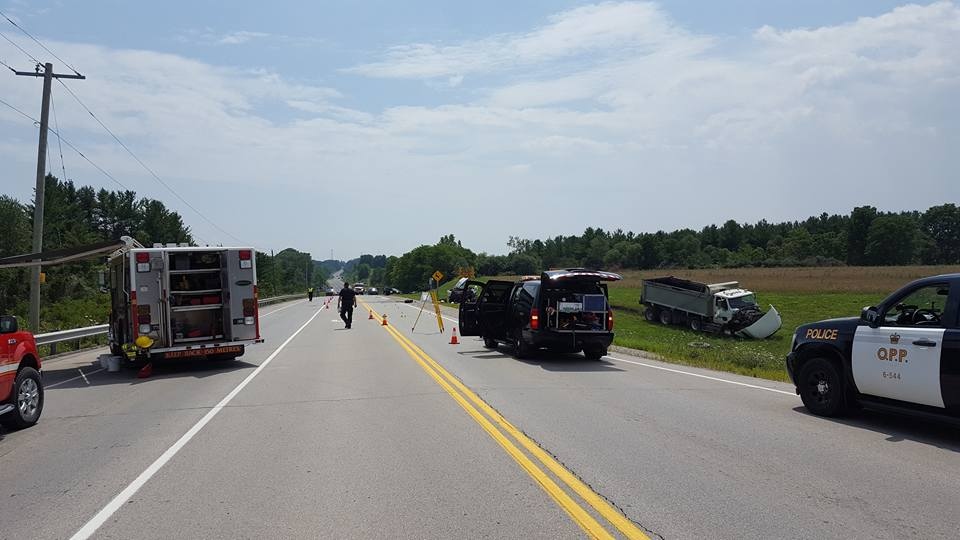 Six people have lost their lives, and nine were injured following several crashed on OPP patrolled roads in southwestern Ontario since Friday.

Here is a breakdown of the collisions by county:

On Monday OPP confirmed that a second person had dies following a collision on Friday at Highbury Ave and Ferguson Line.

The collision occurred around 11:30 a.m. when a dump truck, pick up, and SUV all collided. One person was pronounced dead on scene and another was taken to hospital in critical condition, they have since passed away.

Three other people were taken to hospital with non-life-threatening injuries.

Around 6 a.m. Sunday morning emergency crews were called to Oxbow Drive for a single vehicle rollover.

Two people were found in the vehicle with one pronounced dead on scene and the other airlifted to hospital with life threatening injuries.

Police are also investigating a single vehicle collision that left a 27-year-old man dead on a property south of Glencoe.

Emergency crews arrived around 4 p.m. Saturday to find a car collided with a tree. The lone male occupant was pronounced dead on scene.

Early Saturday morning one man died in a single vehicle collision along Lambton Line near Bothwell.

Emergency crews arrived on scene around 6 a.m. to find a single vehicle in the ditch. One man was located inside the vehicle and pronounced dead on scene.

Police have since identified him as 47-year-old Michael Edward Hobbs of Dawn-Euphemia Township.

Lambton OPP are continuing to investigate after an 18-year-old male was found in the road way on LaSalle Line suffering from life-threatening injuries. An update on his condition or how he came to sustain those injuries has not been provided.

One person was pronounced dead on scene, while a second sustained life-threatening injuries. The third pedestrian sustained minor injuries.

OPP are investigating, and have not said if charges are pending.

One person was airlifted to hospital in London following a single vehicle rollover in Lakeshore Saturday evening.

Police say a pickup rolled over at the northeast corner of Essex County Road 46 and Richardson Side Roads around 5:45 p.m.