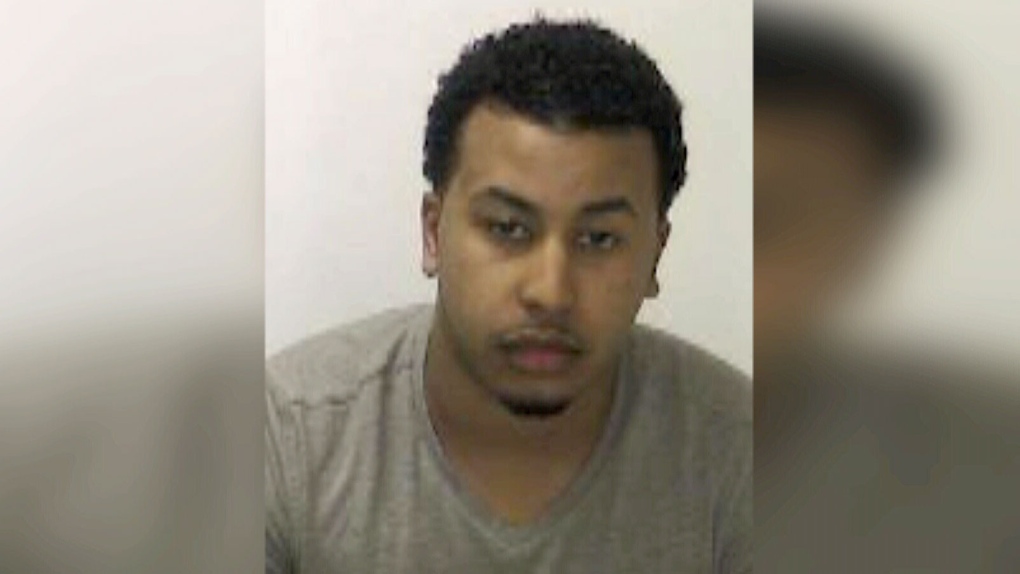 Muhab Sultanaly Sultan, 23, is seen in this image released by the London Police Service.

Ontario's Special Investigations Unit is now involved after a man - thought to be connected to a London murder - is believed to have drowned in Ottawa.

The SIU was called in after a man being investigated by Ottawa police jumped into the Rideau River. Two officers followed him in but were unable to reach him before he went under.

According to the Ottawa Police Service, the man was allegedly driving a vehicle that tried to run down two bicycle patrol officers on Wednesday afternoon.

Police cruisers pursued the vehicle to an area near the Rideau Rver where a passenger was arrested but the driver fled. He was eventually spotted hours later attempting to cross the water but went under before he could be reached.

Police divers searched the river for much of Thursday and continued their search for the man on Friday.

London police have said it is possible the man is 23-year-old Muhab Sultanaly Sultan of Calgary, who is wanted on a charge of second-degree murder in connection with the death of Jeremy Cook.

The 18-year-old had tracked his missing cellphone to a vehicle in the northeast end of the city earlier this month when he was shot and killed.