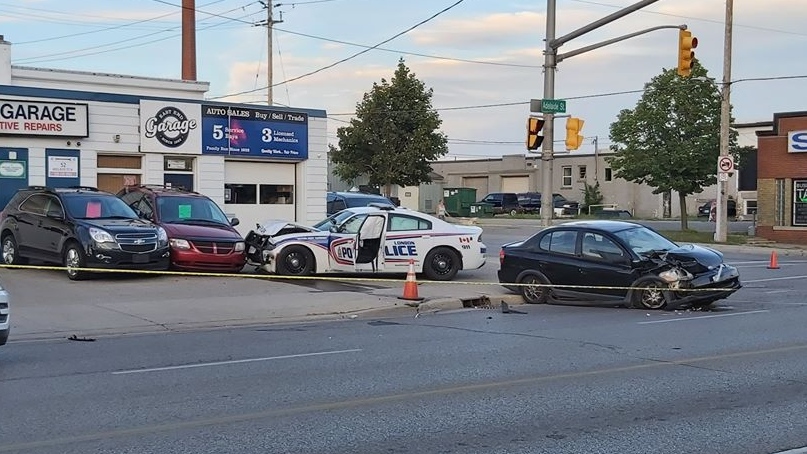 A police cruiser was involved in a crash on Thursday, July 30, at Adelaide and Nelson Streets. (Courtesy Drew Gray)

The collision occurred around 6:40 p.m. at the intersection of Adelaide Street and Nelson Street.

Photos sent to CTV News London show a police cruiser with significant front-end damage and air bags deployed in the lot of the East End Garage.

Next to the  cruiser is a black sedan also with significant front-end damage.

The pictures appear to show some minor damage to a minivan parked at the automotive repair shop.

It is unclear what led to the collision, however the female driver of the sedan suffered serious injuries while the police officer suffered minor injuries.

London Police say they are unable to provide further details as it is now an SIU investigation.