SIU clears London police after man set himself on fire 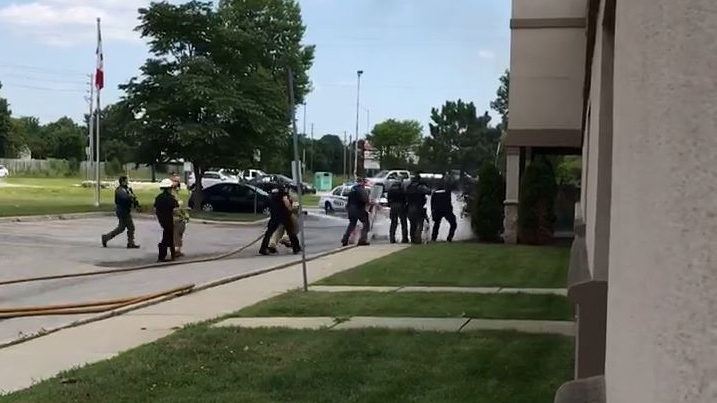 This image from viewer video shows police and firefighters as they work to put out the flames after a man set himself on fire in London, Ont. on Friday, Aug. 2, 2019.

LONDON, ONT. -- The province's police watchdog has cleared London police of any wrongdoing following a horrific incident last summer where a man set himself on fire.

On Aug. 2, 2019, a 49-year-old man attended the Immigration, Refugee, and Canadian Citizenship office on Exeter Road in London.

He made several threats that he was going to kill himself before officials inside the office called police.

As responding officers tried to talk him out of hurting himself, he doused himself with gasoline.

Officers fired non-lethal weapons at the man but he managed to ignite himself.

Police and firefighters quickly put out the flames and the man was taken to hospital for treatment of his burns.

On Tuesday, the Special Investigation Unit's director Joseph Martino, released a report stating there are no reasonable grounds to think officers committed a criminal offence in connection with the man’s injuries.