Signs to welcome all arrive in Sarnia-Lambton

SARNIA, ONT. -- There is an old phrase, “let’s roll out the welcome mat” to greet visitors. Well, in Sarnia-Lambton they’re doing just that, with a slight adaption.

At least 750 welcoming lawn signs will be put up over the next couple of weeks.

The signs feature the animated faces of a diversified community, full of newcomers to bolster the population.

The signs reflect the goal of multiple agencies in the community, including the Chamber of Commerce, social groups and city and county governments.

Spokesperson Tanya Tamilio says Sarnia is already welcoming, but she hopes the signs will encourage long-term residents to publicly show the city has open arms.

“There is very little immigration, both for English and even less for francophone immigration, so this is one of the phases to hopefully change that.”

Originally from the Ivory Coast, he made brief stops in Montreal and London before choosing Sarnia. He agrees the city is welcoming.

Still studying English, through a french translator, Koran-Barthlemy added a job in a new field for him, education, brought him to the region. “He took a course to be teacher’s aide.” 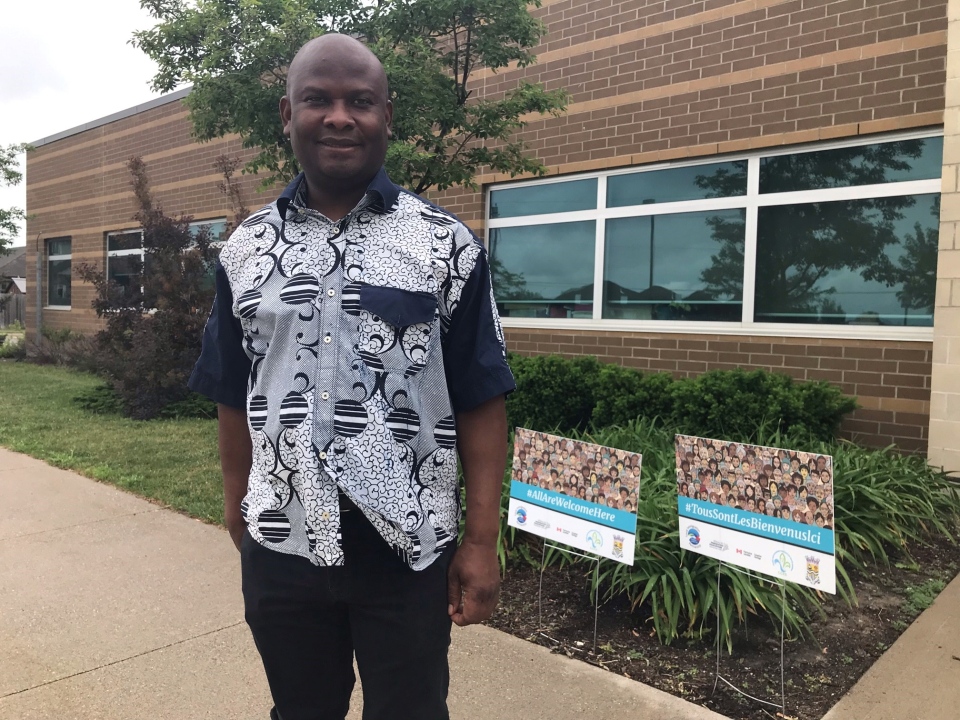 But jobs are only part of what is needed to make newcomers feel welcome and to potentially retain 1600 international students who attended Lambton College each year.

The same can be said for signs.

So, during a public launch of the new program, Aruba Mahmud, of the Sarnia-Lambton Immigration Partnership, stated another program is being developed.

“We’re gonna have a campaign where people can actually do acts of kindness for someone of a different background.”

All the initiatives will be designed to convince newcomers already here to encourage others to come.

That way, Tamilio says everybody wins.

“We need to bring up our population. It’s going to benefit everybody.”

The welcome signs, in both official languages, can be ordered free of charge through Sarnia-Lambton Tourism.