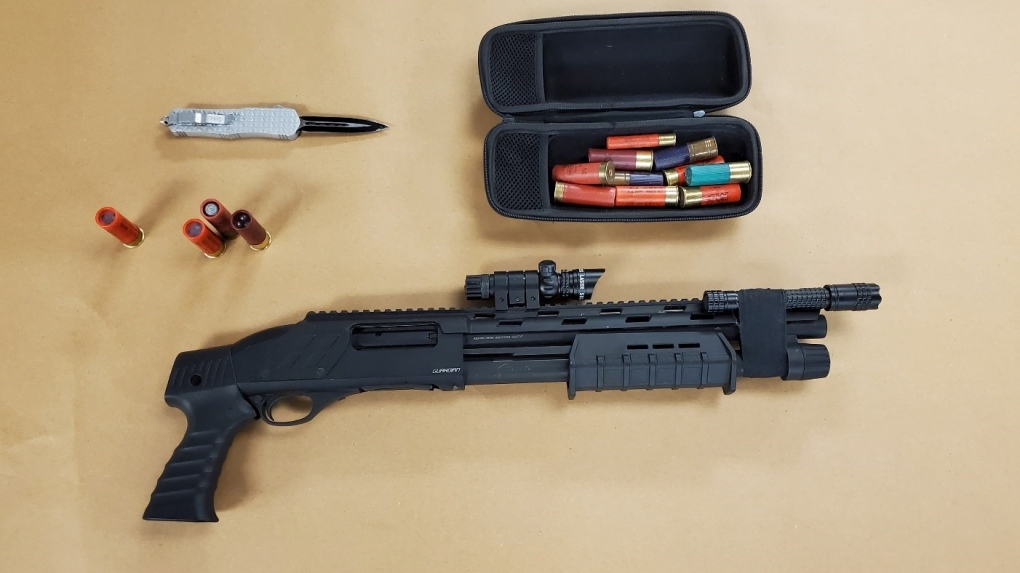 Items seized by London police including a shotgun.

LONDON, ONT. -- A shotgun was among other prohibited items seized by members of the London Police Services Guns and Drugs Section during a raid Wednesday afternoon.

Around 1:40 p.m. officers executed a search warrant at a home in the 100-block of Andover Drive.

Officers also search a vehicle as part of the warrant.