Shock settles in after massive gravestone damage in Stratford, Ont.

STRATFORD, ONT. -- Bill Peyette has walked his family dog, daily, through Avondale Cemetery in Stratford for 30 years, but nothing prepared him for Friday.

As he passed along a paved section near an entrance, he noticed one, two, and then ultimately dozens of toppled headstones.

In reality, it appears the total is much higher. Stratford officials estimate as many as 75 stones are toppled or damaged in some form. Most are located in an older area of the cemetery, and date back between 25 and 150 years.

Stratford police say they were called to the cemetery around 6:30 a.m. Friday, by passerby who noted a naked man.

Police later arrested and charged a man with multiple counts. They reported the 60-year-old male is known to live with mental health issues.

The aftermath of the damage will take some time to repair. For now, the stones sit where they fell, and in few cases, show what is likely permanent, unrepairable, damage. 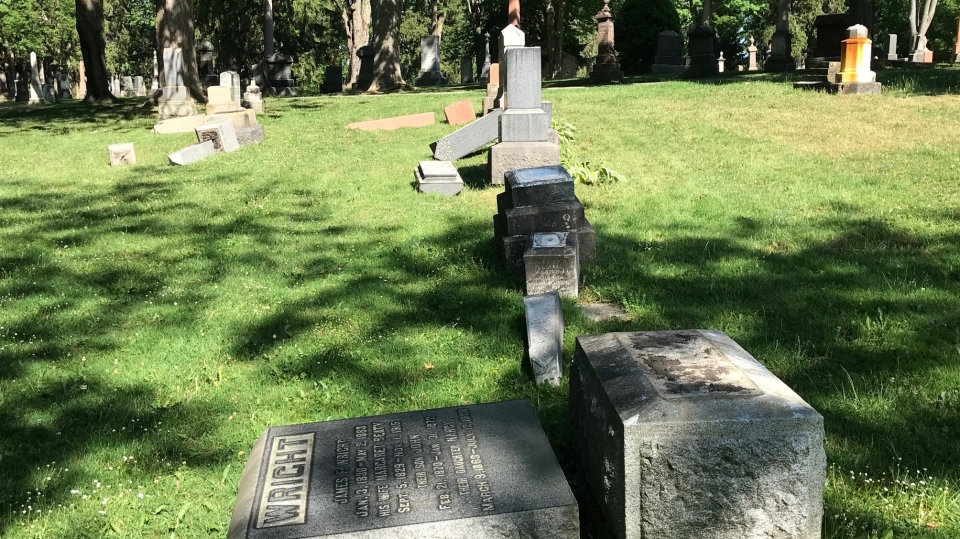 Quinn Malott, the manager of cemeteries for the City of Stratford, says a special contractor has to be brought in to put the stones back, at a cost of at least $20,000.

“The city has contacted a company that is going to come in, hopefully by Wednesday, to refasten and lift the monuments back together. They are larger monuments we don’t have the expertise or equipment in the house to fix them properly.”

Many of the toppled memorials would be dubbed monuments by modern standards.

They have spires and reach skywards. Malott says most would cost $100,000 or more to recreate today. Each can weigh several tons.

But the time and cost are still secondary to the loss. 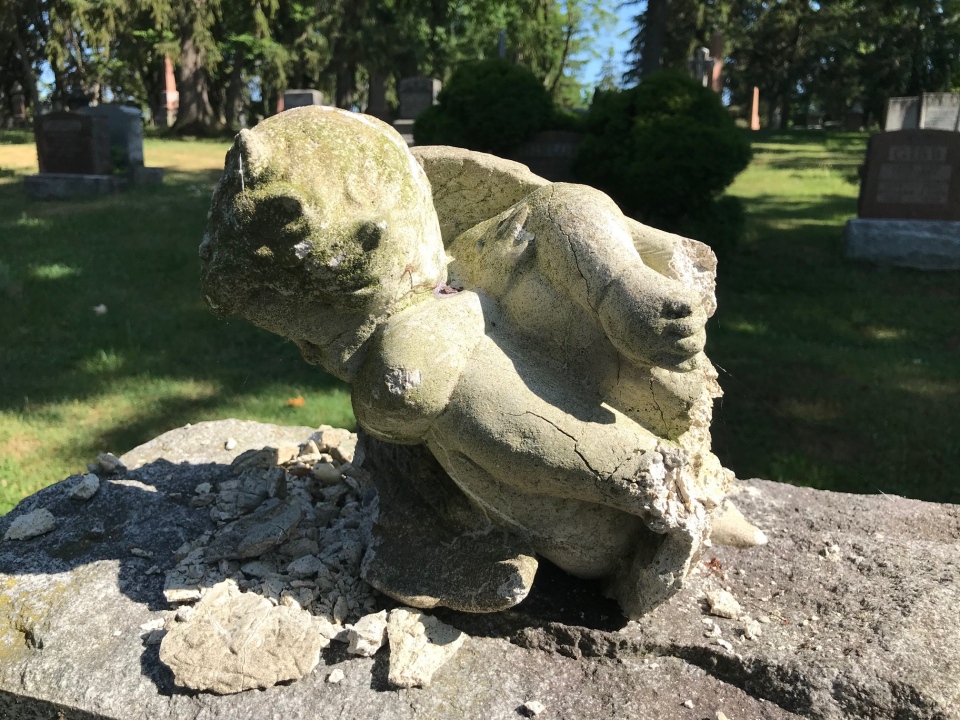 While many of the families the stones represent have seen numerous generations since, there are still ties within the Festival City.

Julie Bell came to see if her family’s stone, dating back a century, was still in place.

Fortunately, it was, although it’s only feet from examples of toppled and damage memorials.

“It’s really sort of sad to see that. I mean, it’s the last sort of thing to remember somebody by, and to have it desecrated like that, it is really sad.” 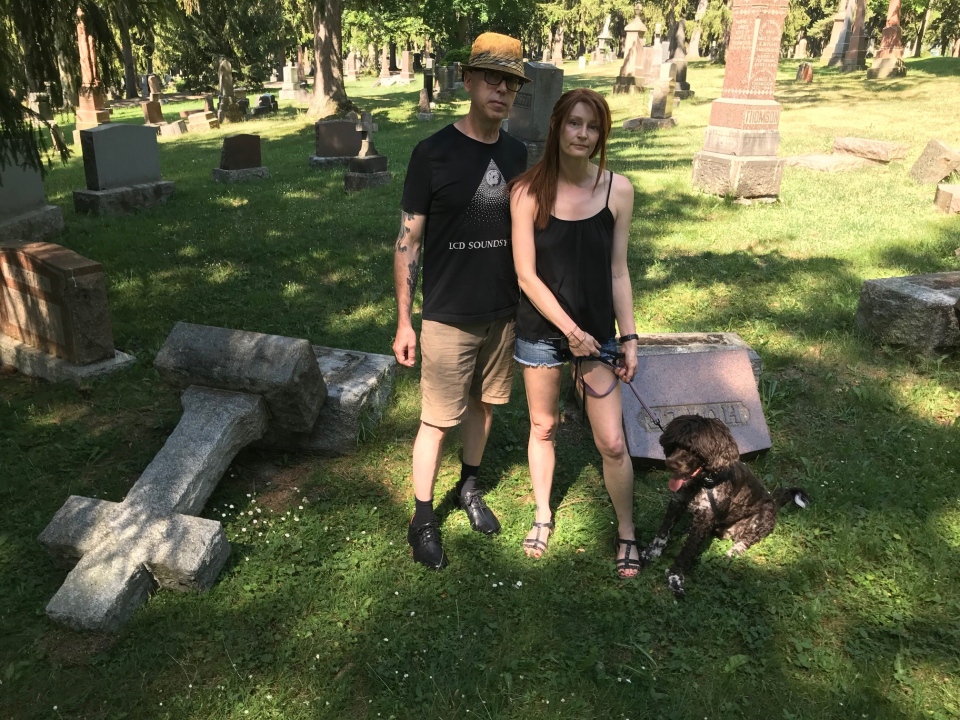 Malott says added security measures at the park would not have prevented what happened, adding the facility is seen as a public walking space by many.

“If somebody wanted to get in here, even if we lock the gates they could get in here.”