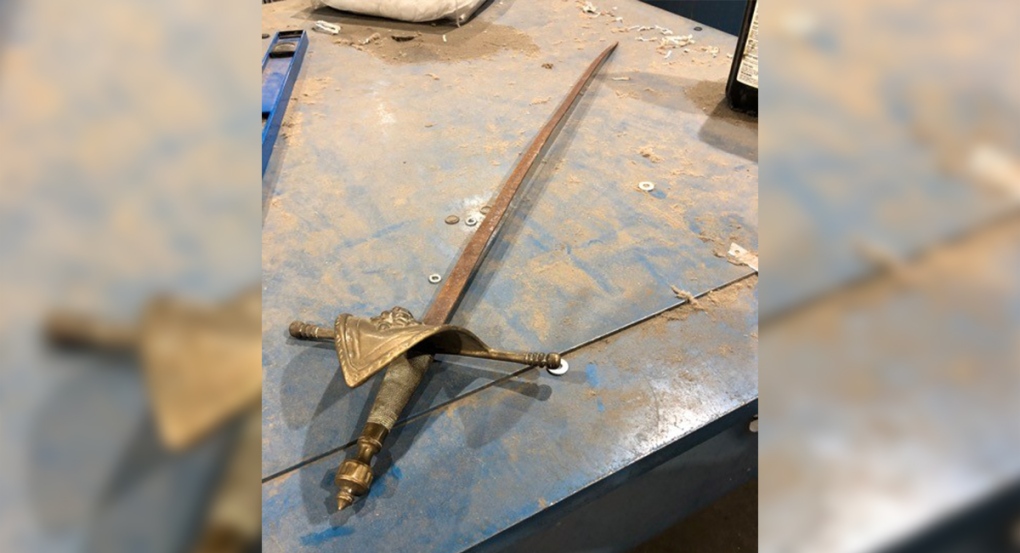 LONDON, ONT. -- You can almost see the head shaking going on at Bluewater Recycling Association in South Huron as it posted a photo and message on Facebook titled, Most Unwanted – April edition.

The association says in the post Monday that a sword was placed in a blue box.

It said it was a close call for Bluewater Recycling Association collectors - and machinery - after the unusual and potentially dangerous item was found.

“Luckily this items (sic) was found before going through our machinery or it could have caused expensive damage to our machines and SERIOUS Health and Safety issues for our employees,” the post reads.

It goes on to say that even though an item may be recyclable, it isn’t always acceptable in a blue box.

“Just because something is made of metal and may be perfectly recyclable at a local scrap yard, does not mean it is acceptable in the blue box for recycling," the post says.

"Placing pots and pans, bake ware, chains, electrical extension cords, nuts and bolts, etc. in the blue boxes simply adds to the contamination and down time in the processing facility. This also has the potential to add risk of injury for our employees.”

The association suggests the sword could have been taken to a second-hand store.

Middlesex Centre, which shared the post, called in "on point" on what can and can't be put in a recycling bin.