'Shameful': London's monument to its own people is crumbling

LONDON, ONT. -- It is a monument designed to tell London’s story, from its Indigenous roots to its founder John Graves Simcoe and later leaders, artists and humanitarians.

But in the 30 years since its placement in the median of Wellington Street just north of Queens Avenue, it has become little more than a traffic barrier.

And a decaying one at that.

The ‘People and the City’ monument is crumbling at its base, and its copper structure needs a brushing-up.

“This monument is in bad shape. I mean it is narrative art, and it tells a wonderful story about the city. But the problem is the pedestal.”

Veno says the sandstone base, especially on the east side, is in a desperate state. 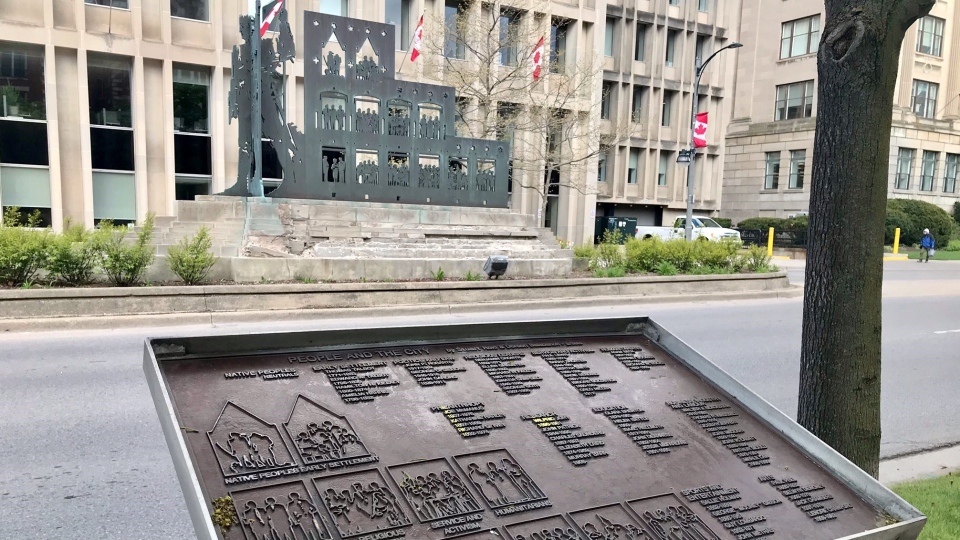 It’s a sad situation for an artwork unveiled with fanfare - and traffic fully stopped - in 1991. And when it comes to this monument, the location has long been the issue.

For starters, to see up close, you have to be a traffic daredevil. Further, the vast majority who do notice it only get glimpses of it between passing vehicles.

Even in 1991, there was considerable debate about its placement.

“While it was conceived and born in a swirl of community attention. I believe it can serve as a focus on the future by recognizing this city’s past,” stated late London Mayor Tom Gosnell at the unveiling.

But well-known London heritage advocate Joe O’Neil remembers the other side of the conversation.

“The controversy at the time was we should have put Simcoe’s (People and the City) monument at the Forks of the Thames. Putting it here, to many of us, was like putting Banting’s monument at the airport. That would be a strange thing to do.”

Veno wants to see the monument moved to Ivey Park by the Thames River where, he says, it would become a “prized possession” of the city. 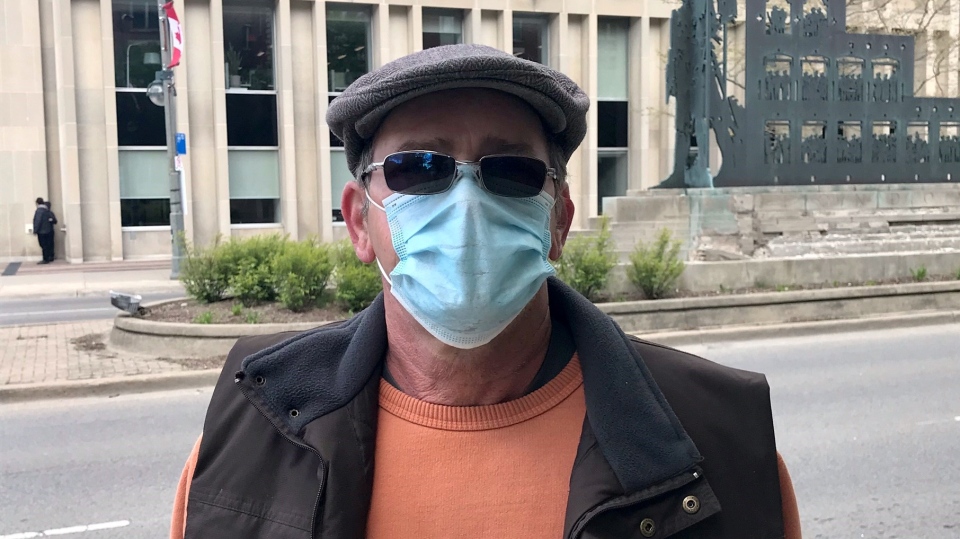 Veno and O’Neil agree that would be a substantial perception change from the “shameful” state it is in today.

“It’s only steps from the City Hall, so it’s just completely ignored and it doesn’t represent the value of what I know, of the people of London,” Veno expressed at the site.

On Monday afternoon, the City of London offered comment suggesting the monument's condition has not gone unnoticed.

Manager of Culture Robin Armistead stated, “The restoration processes for the People and the City public art/monument is currently in progress.”

No timeline for work to begin was provided by the city, but funding will come from London’s Public Art Reserve Fund, pending council approval.

While the news is likely welcomed by those worried about the monument, Veno and O’Neil’s wish to see it moved is not likely to happen without a public challenge.

Armistead says it has been “determined” the monument will stay at its current location.