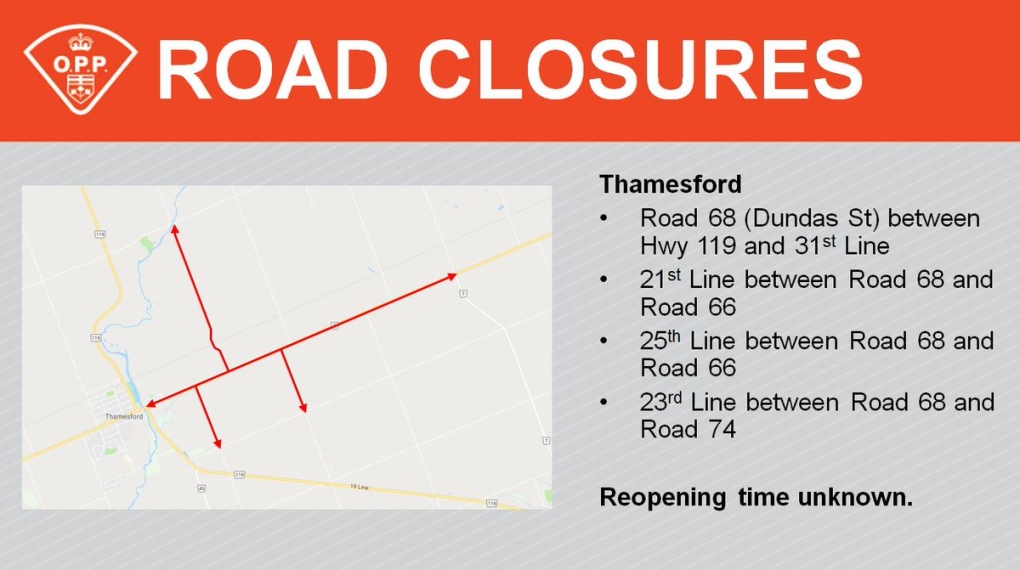 A hazardous materials situation closed several roads in the Thamesford area overnight and resulted in two homes being evacuated.

The provincial police were called to the area just after 7:30 p.m. Thursday for a truck that was leaking hazardous materials into the ditch along Road 68.

Several crews, including a hazmat team from the London Fire Department were called in to assist with the clean-up.

Police say two homes in the area were also evacuated as a precaution.

Fire officials on scene say that Thursday evening a truck driver pulled over when he felt his load shift, upon inspecting the trailer he could smell chemicals, noticed a haze and called authorities.

Officials say the spill - a form of concentrated bleach - was contained to a 30-metre stretch of the ditch.

A Hamilton-based environmental clean-up company has been called in to deal with the spill.

Some closures are expected to continue until the clean-up is complete.