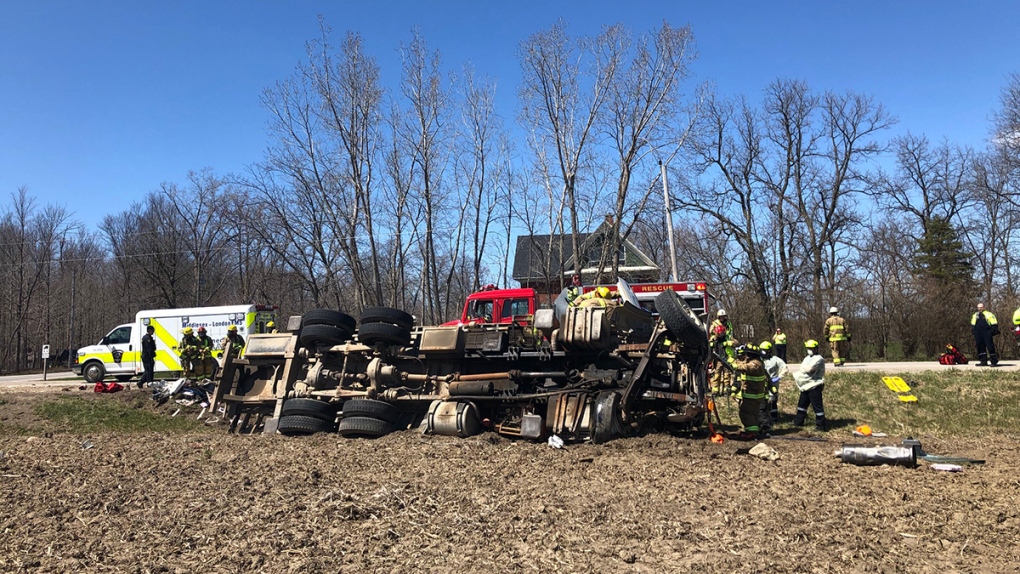 A transport truck flipped after a collision at Vanneck and Ilderton roads in Middlesex Centre, Ont. on Monday, April 20, 2020. (Jordyn Read / CTV London)

MIDDLESEX CENTRE, ONT. -- Emergency services were called in Monday afternoon after a two-vehicle crash involving a panel van and a large commercial truck at Ilderton Road and Vanneck Road.

Both vehicles rolled over in the collision that happened around 1:45 p.m. and both drivers were injured.

Const. Kevin Howe with Middlesex County OPP says there was only one person inside each vehicle.

The individual in the panel van was extricated from their vehicle and transported to hospital with serious injuries.

Fire crews were called in to extract the driver in the stake truck.

Howe says the male driver of the truck was up and walking after being pulled out. He suffered non-life-threatening injuries.

Ornge Air was on scene, but departed once the second driver was freed.

The intersection was closed for several hours, reopening shortly after 5:30 p.m.