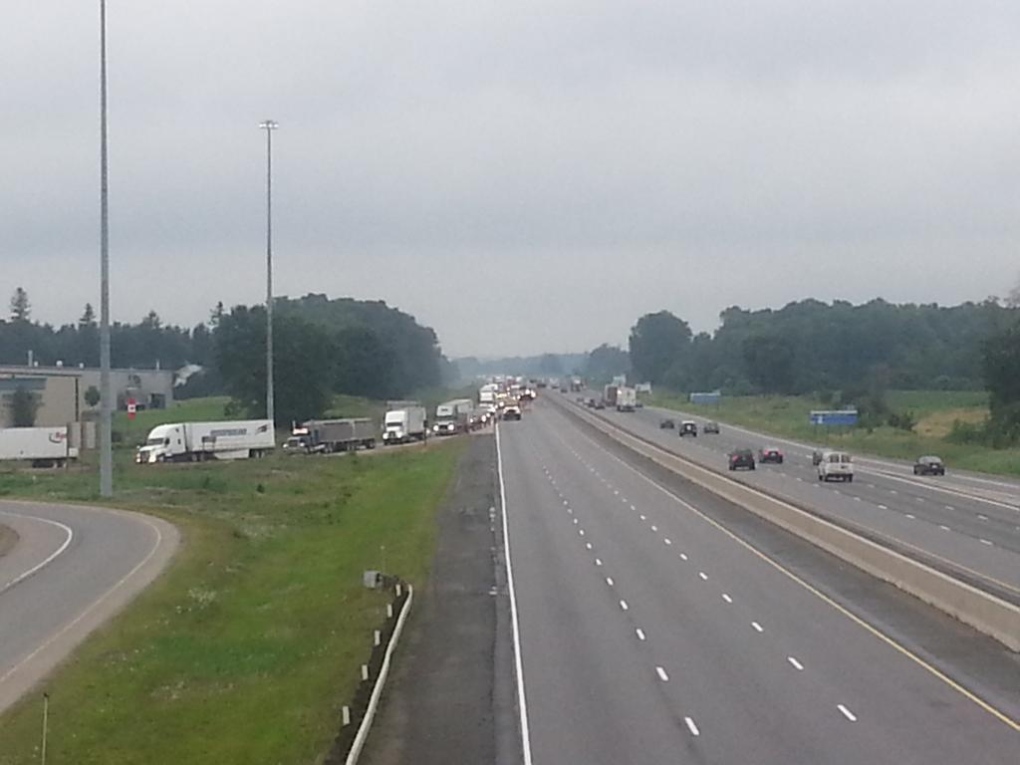 Vehicles are seen being diverted off Highway 401 near Ingersoll, Ont. after an early morning crash involving a car and a motorcycle on Wednesday, July 23, 2014. (Justin Zadorsky / CTV London)

Oxford County OPP have re-opened Highway 401 westbound at Culloden Road after a two-vehicle collision near Ingersoll.

OPP say they responded to a collision between a car and a motorcycle that occurred at approximately 3:30 a.m.

Highway 401 westbound was closed for several hours between Culloden Road and Putnam Road, but has since re-opened.