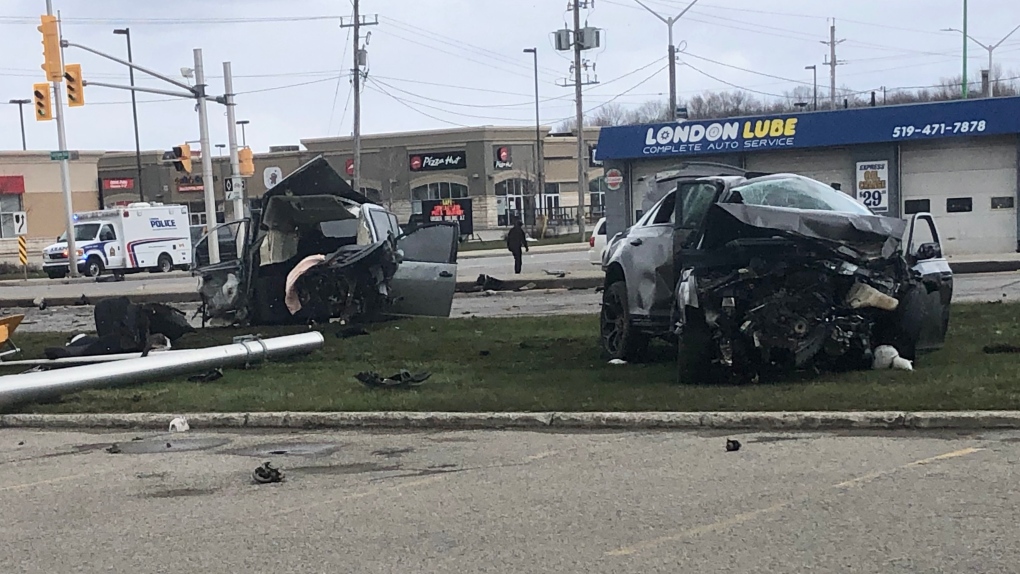 MIDDLESEX COUNTY, ONT. -- A crash in the city's north end has left two men fighting for their lives and a third with what police are calling significant injuries.

The three men were taken to hospital following the crash near Hyde Park Road and Fanshawe Park Road Friday afternoon.

One vehicle at the scene was split in half by the impact, which happened just west of the intersection.

A 54-year-old male driver of one of the vehicles and a 42-year-old male passenger are in critical but stable condition in hospital.

The 24-year-old male driver of the other vehicle is in stable condition.

London police closed Fanshawe in both directions at Hyde Park for several hours while they investigated the collision.

The London police accident reconstruction and identification teams were called in to assist.

Witnesses say two vehicles were travelling at high speeds and there may have been another vehicle involved that was not damaged in the collision.

Police are asking anyone who saw the crash to contact them.

- With files from CTV's Nick Paparella

Northbound traffic on Hyde Park Road from Seagull Drive is closed now as well. We're asking that you continue to avoid the area while the investigation continues. #ldnont