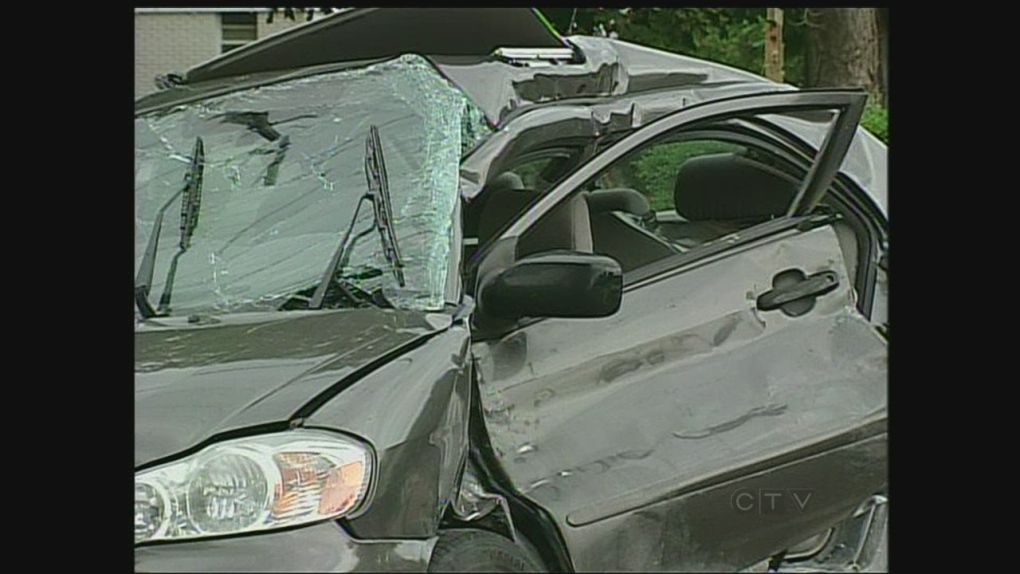 Middlesex OPP were asking drivers to avoid the Appin area on Wednesday afternoon after a two-vehicle collision sent a woman to hospital with serious injuries.

The crash, involving a car and a transport truck happened shortly after 1:30 p.m. on Glendon Drive at Thames Road.

Police say 59-year-old Ruth Ristine Miller of Parkhill was northbound on Thames Road when she went through a stop sign and was struck by an eastbound gravel truck.

Firefighters had to cut the woman out of the car before she could be transported to hospital in Newbury. She was then airlifted to Victoria Hospital in London.

Her condition was later upgraded to stable.

The OPP Technical Traffic Collision Investigation team is looking into the cause of the crash.

Glendon Drive was closed east and west of Appin and Thames Road was closed north and south of the community for the investigation.