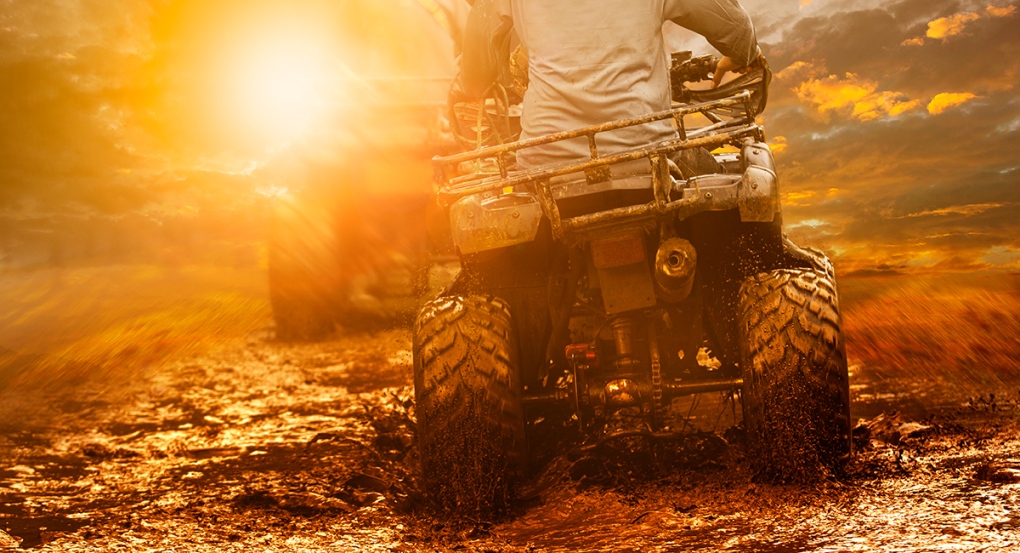 MIDDLESEX CENTRE, ONT. -- A 51-year-old man had to be rescued from a ravine after being thrown from his ATV in one of two off-road accidents that caused serious injuries on Sunday.

Elgin County OPP say the crash happened around 11:15 a.m. on a trail near Calton, Ont., but the man wasn't reported overdue by family until around 6 p.m.

The man was located about 40 minutes later by police and a high-angle rescue was performed with the help of fire and EMS crews to extricate him from the ravine.

According to police, the hunter had gone to set up a tree stand when he accidentally drove his ATV into a washout, which threw him and the vehicle into the ravine.

The Malahide Township man suffered serious but non-life-threatening injuries in the crash and was being treated in hospital.

The second crash happened around 7 p.m. on a trail in the area of Black's Road and McMillan Line west of Rodney, Ont.

Two men were out on ATVs when one reportedly struck a pothole at high speed, rolling the ATV.

The man was tken to hospital with serious, life-threatening injuries.