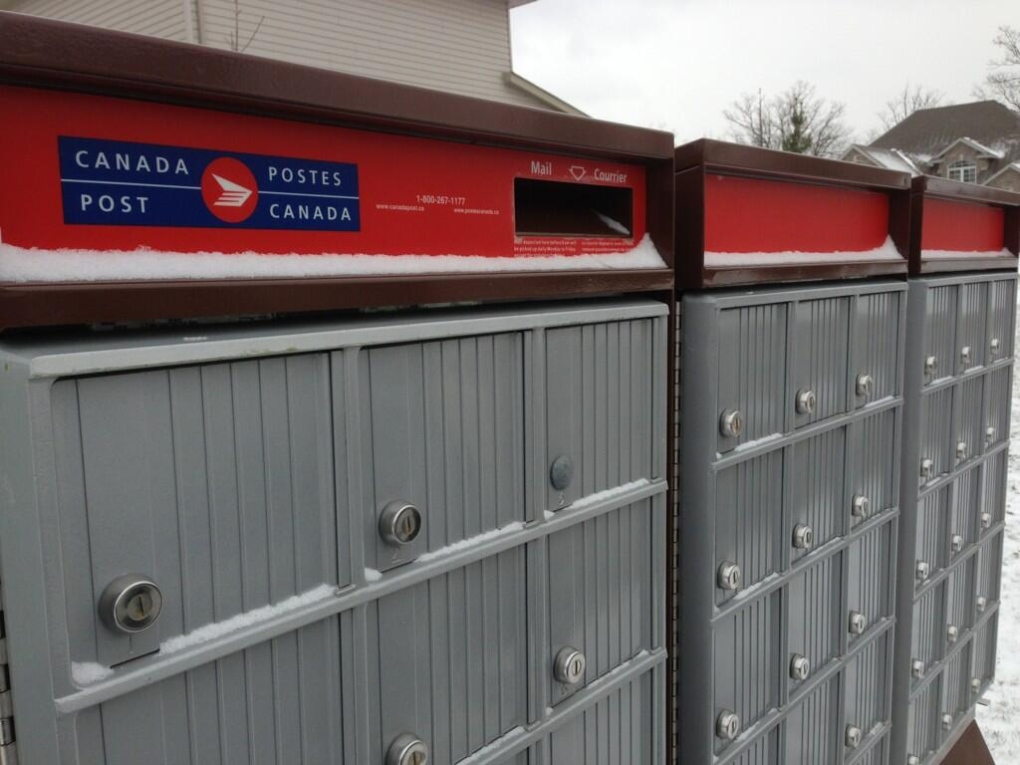 OTTAWA -- Seniors' groups and organizations for people with disabilities are joining the Canadian Union of Postal Workers in a planned legal challenge to preserve home mail delivery.

Canada Post wants to phase out home delivery in an effort to cope with a revenue squeeze from falling mail volumes.

The postal workers union said the Federal Court challenge, which has not yet been filed, will argue that doing away with home delivery is a decision for Parliament, not Canada Post.

Union president Denis Lemelin said the agency is too focused on the bottom line and is ignoring the needs of Canadians.

"The reaction was immediate from every part of this country," Lemelin said. "People -- seniors, people with disabilities, the general public -- were against it and demand that the door-to-door delivery be maintained."

The Conservatives are trying to distance themselves from the home delivery issue, the union said, adding the government should be held accountable for allowing the decision to be made without proper consultation or debate.

Canada Post said it is confident the plan to do away with home delivery "will withstand any and all legal scrutiny."

"The decision to move away from door-to-door mail delivery for a third of Canadian households was difficult," he said in an interview.

"We understand that two-thirds of Canadian households today don't have delivery to the door. But we also understood that we needed to ensure as we make these changes, we were taking the approach and ensure that no one was left behind."