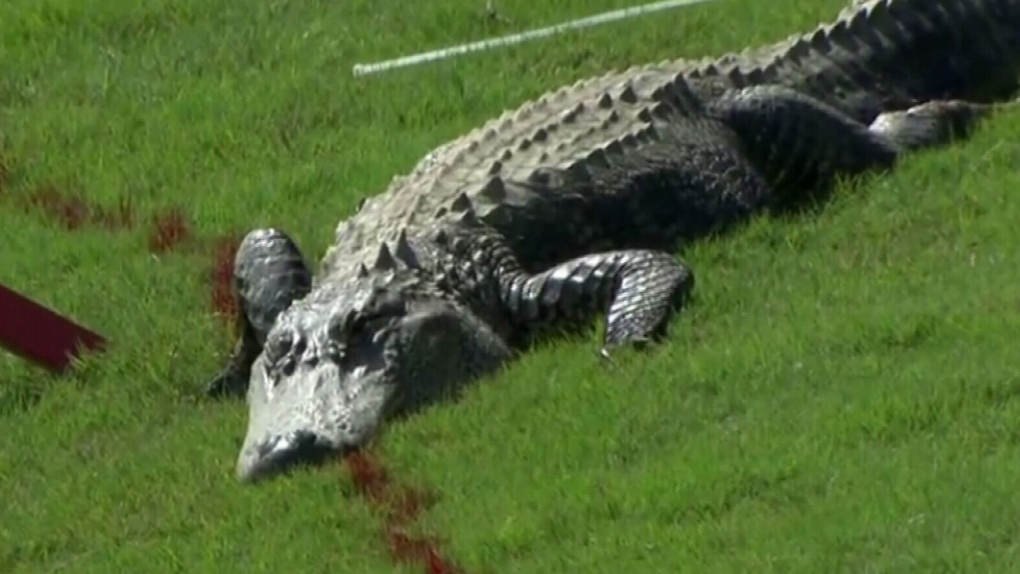 A Dorchester man golfing in Fort Myers Fla. had to battle more than just the course earlier this week, after he was attacked by a 10-foot alligator.

Snowbird Tony Aarts was approaching the fourth green at Magnolia Landing Golf & Country Club Wednesday when the beast emerged from the water and latched onto his right ankle.

“As I was walking about 5 to 6 feet away from the water I heard a splash, and as soon as I heard that splash I knew it was an alligator, and he got me,” Aarts told WINK TV.

Aarts was turned onto his back and waist-deep in the water.

Thankfully, he had his trusty putter in his hand.

“He was looking at me with his big eyes, and I kept hitting him,” Aarts told WINK TV. “And I’m thinking I’m getting deeper and deeper, and I thought you’re not gonna get me.”

Aarts smashed the gator in the eye socket three times before the animal let go and retreated into the water.

Officials from the Florida Fish and Wildlife Conservation Commission captured the alligator and put it down.

Aarts is currently at his Fort Myers home recovering from injuries to his foot.

“I guess a golfer should always keep a club in his hand,” Aarts joked to WINK TV.