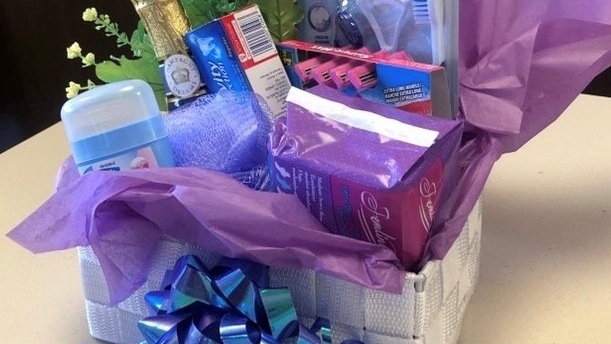 LONDON, ONT. -- A group of secondary students are working to create meaningful change in the community through something called the Purple Box Campaign.

Through the London Champions of Change the campaign is raising money to provide essential items for women at local shelters.

“The purple box campaign is an initiative we are doing with the City of London and what we are hoping to do is to put together essential items for various women’s shelters,” said Sharmeen Usman with London Champions of Change.

The team is raising money for the purple box campaign in order to purchase toiletries and other items that both My Sisters Place and Anova need.

“We just want you guys to know that every little bit helps. Even if it’s five or 10 dollars in the end if we have 10 people donating that much we would get 100 extra dollars and we can do so much with that,” said Usman.

So far the group have raised around $1,300 through a GoFundMe campaign and are hoping to raise more, to help support both organizations

“Even if a hundred dollars doesn’t seem like much to you, to those women that are struggling, that means so much to them so even the smallest bit helps.”

With files from CTV's Celine Zadorsky.