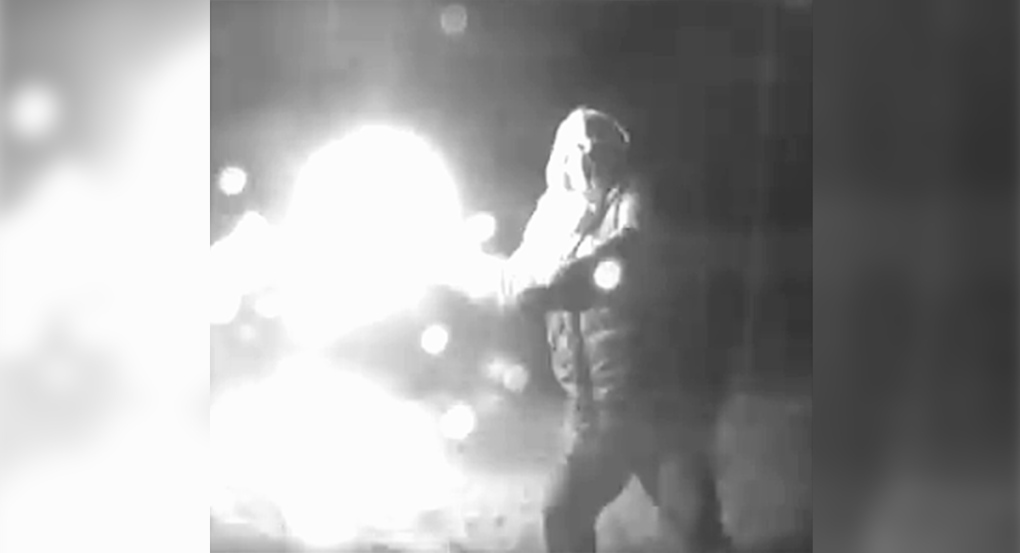 A suspect sought in an alleged arson on Kiwanis Park Drive in London, Ont. on Wednesday Feb. 24, 2021 is seen in this image released by the London Police Service.

MIDDLESEX CENTRE, ONT. -- London police have released an image of a second suspect wanted in connection with an arson investigation.

The small fire, which police say was deliberately set, happened in the 300 block of Kiwanis Park Drive just before 3:30 a.m. on Feb. 24.

While there were people in the home, no one was injured.

In a statement, Deg.-Sgt. Ryan Million said, “While we have laid charges in relation to a related investigation, we have yet to charge the individual criminally responsible for the related arson at the Kiwanis Park Drive residence.”

The afternoon after the fire, a 48-year-old Ottawa man was arrested. He was then charged with four counts of uttering threats to cause death, two counts of criminal harassment and three counts of breach of undertaking.

Now, Million said, “We’re hoping that the image we have obtained will assist us in identifying the suspect, and ultimately bring them before the courts.”