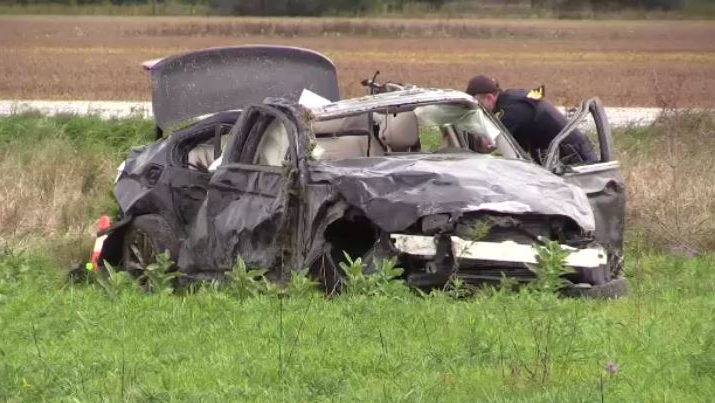 An OPP officer works at the scene of a crash that left three people dead in Oil Springs, Ont. on Friday, Oct. 4, 2019. (Gerry Dewan / CTV London)

Lambton County OPP say an investigation has found a second vehicle was involved in the collision on Oct. 4, 2019.

Three international students, Harpreet Kour, Gurvinder Singh and Tanveer Singh, all 19-year-olds from India, died at the scene of the violent crash.

He is scheduled to appear in a Sarnia court on April 20.