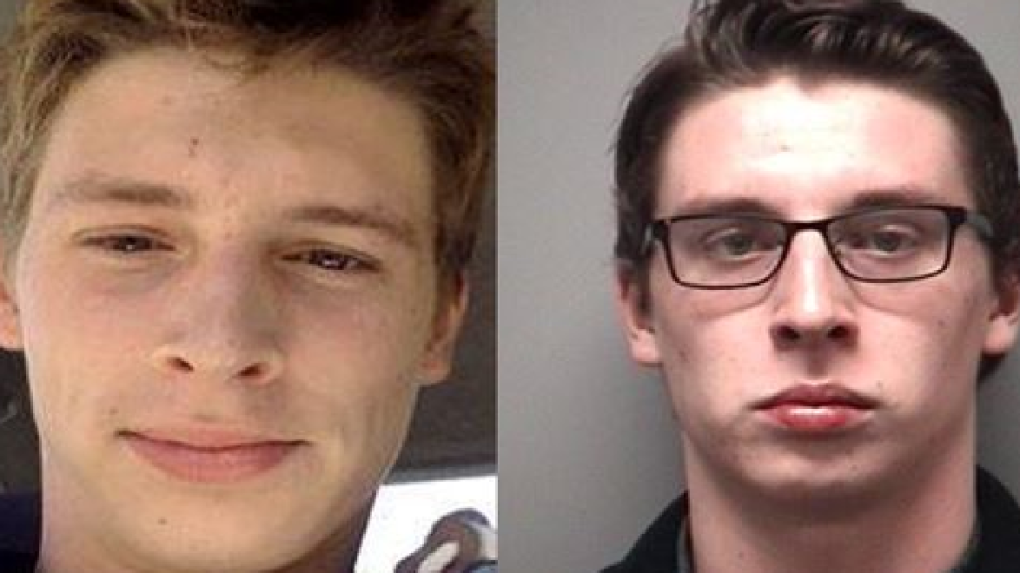 Nolan Panchyshyn is seen in these undated photos.

OPP and Saugeen Shores Police have now charged a man with second-degree murder in relation to the death of 20-year-old Nolan Panchyshyn.

David Beattie, 22, of Chatsworth Township, who was already charged with indignity to a body and failing to comply with probation, is now facing the murder charge.

Panchyshyn, who was from Southampton, was reported missing on December 20, 2017 to police.

Officers found Panchyshyn’s body on a property near the village of Dornoch.

They say as a result of the ongoing investigation, Beattie was arrested and further charged on Monday.

He is scheduled to appear by video at the Ontario Court of Justice in Owen Sound on November 6, 2018.

The case is subject to a court ordered publication ban.