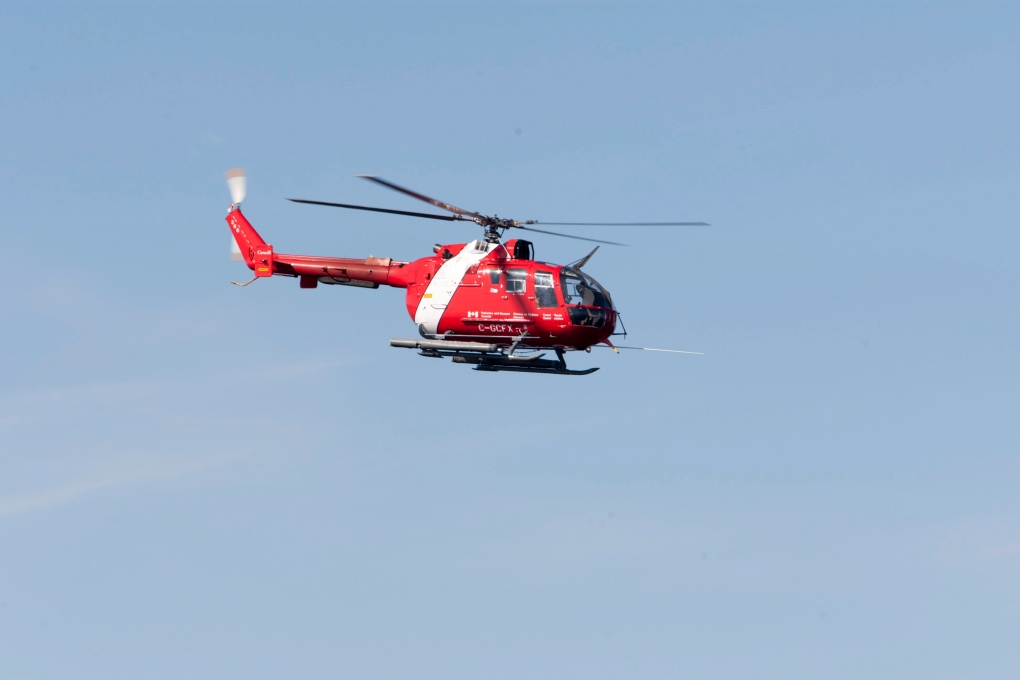 A Coast Guard helicopter is seen in this file photo. (The Canadian Press/Adrian Wyld/TCPI)

BELLEVILLE, Ont. - The search for a plane that went missing on a flight from Cornwall to Owen Sound is now concentrated in the Midland area.

A public affairs officer at CFB Winnipeg, David Elias, says the single engine aircraft with only the male pilot on board left Cornwall late Thursday afternoon, but didn't arrive as expected in Owen Sound.

The Joint Rescue Co-ordination Centre at CFB Trenton was contacted, and a C-130 Hercules airplane a CH-146 Griffon helicopter were dispatched from CFB Trenton.

Elias says the man's cellphone provider indicated a call may have been made from the aircraft east of Midland, and the military aircraft have been flying between Cornwall and Owen Sound.

Two Canadian Coast Guard vessels are on Georgian Bay near Wasaga Beach, and a Coast Guard helicopter and two private search aircraft are also looking in the Midland area.

Provincial police are checking the Midland area on foot, and two OPP vessels were also on Georgian Bay, but have been pulled out of the search because of high waves.