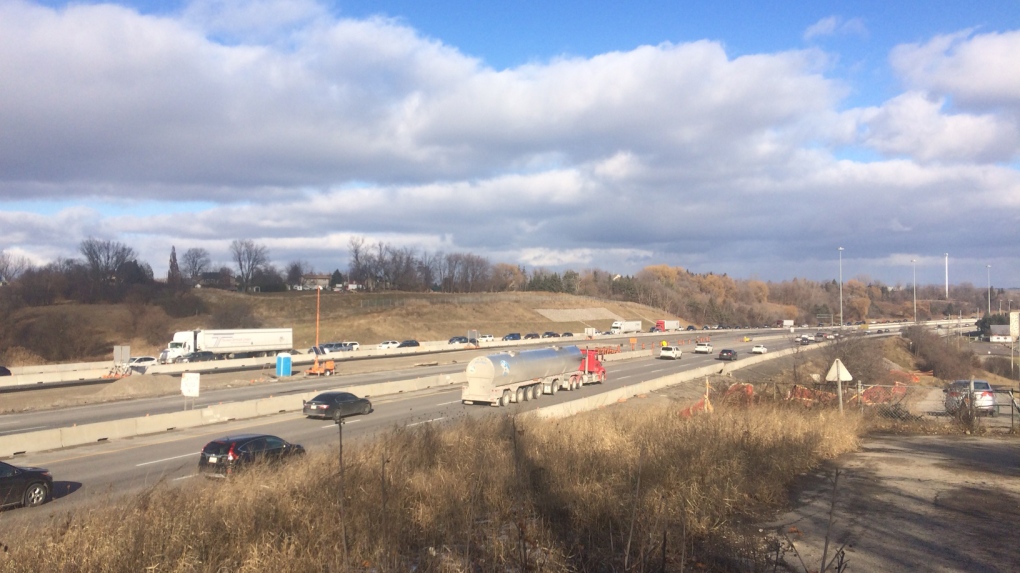 A 22-year-old woman has serious injuries after she was struck by a passing vehicle on the 401 in Cambridge.

OPP say it happened in the westbound lanes near Highway 8 sometime between 5 and 5:30 a.m.

The woman’s vehicle had a flat tire and she pulled off the highway and onto the shoulder.

Police say her four-way lights were on and the car was up on jacks when a passing vehicle struck her.

The driver did not stop.

“They may not realize that they actually struck a person, they may have thought that they hit debris or hit a bump of some sort,” says Sgt. Kerry Schmidt. “It’s certainly significant enough that they would have known they hit something and there would be damage to the undercarriage of that vehicle. We’re asking this person to do the right thing and come forward.”

The woman was taken to a trauma centre with critical but not life-threatening injuries.

Police say at least one leg was seriously hurt.

Anyone who witnessed the collision is asked to contact OPP or Waterloo Regional Police.