“Jan was a champion. She did our town proud. She always worked so hard for everybody,” says Seaforth resident Chance Coombs. 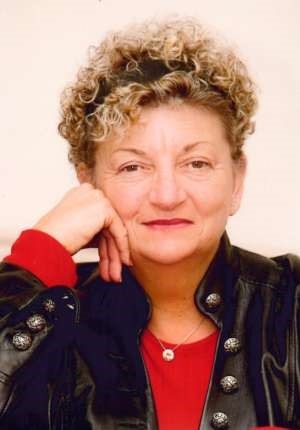 She was Huron East’s economic development officer, but she was much more than that.

That idea was exported across Canada, earning Hawley and Huron East national recognition, and more importantly, bringing hundreds of businesses to small towns along the way.

Hawley wasn’t born in Huron County, but she made it home, attracting businesses and development to the region, and touching countless lives along the way.

That's why hundreds of residents, business owners and friends turned out to line the streets of Seaforth on Monday in her honour.

“She went above and beyond. She worked into the night. I don’t know if many people know all that,” says Mckillop Councillor Gloria Wilbee.

“She was just a very beautiful person. That’s why you see so many people out her for her today,” adds Coombs, who held a sign during the funeral procession, that read 'Jan Hawley - Our Champion.'

Jan Hawley was 69. She was predeceased by her husband. A celebration of life was held at the Seaforth Golf Course Monday.