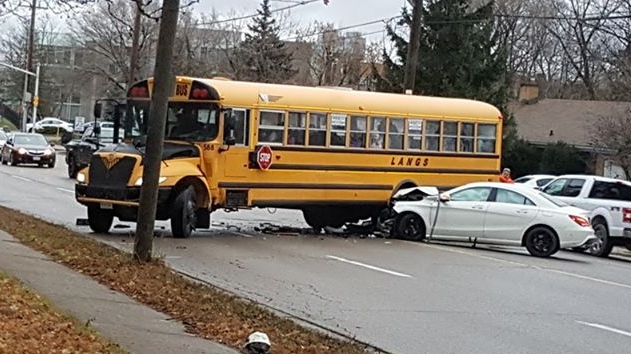 LONDON, ONT. -- Emergency crews were called to the scene of a collision between a school bus and a vehicle at an intersection near Western University.

The collision occured just before 8:40 a.m. Thursday at the intersection of Coombs Avenue and Sarnia Road.

There were students on the bus at the time of the crash, and as a result a second bus was brought in to transport the students. 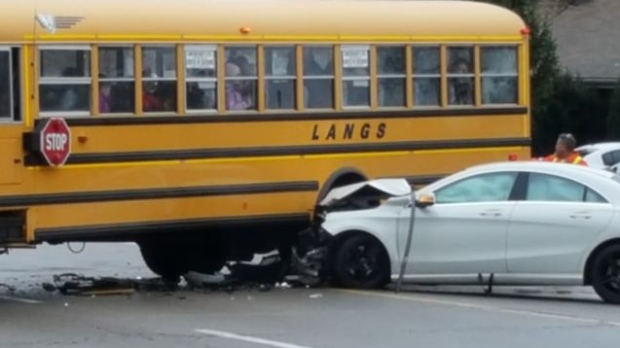 University Heights Public School is just down the road on Coombs Avenue.

According to EMS no one on the bus has been reported injured. It is unclear if the driver of the vehicle suffered any injuries.