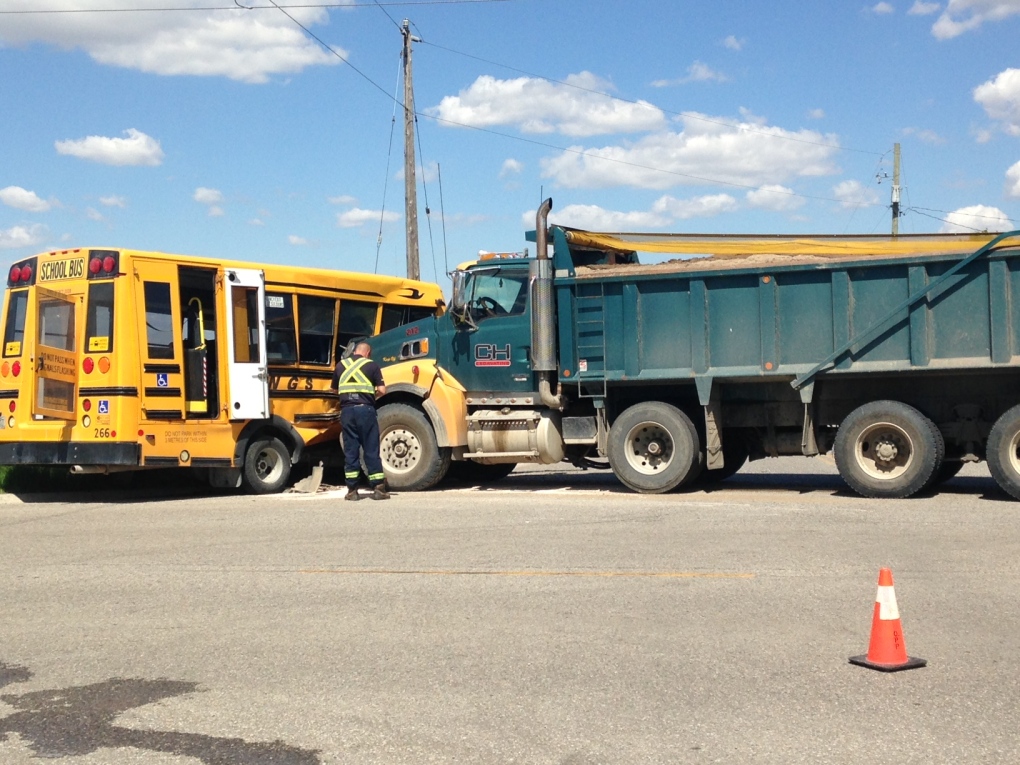 Middlesex County OPP have charged a school bus driver after a crash outside of London Wednesday afternoon.

The bus then struck a black Volkswagen SUV, which was stopped facing westbound on Evelyn Drive at the stop sign. The SUV came to rest in the north east corner off the roadway.

Six students ranging in age from 14 to 19 years were on the bus at the time of the collision. They were all transported by ambulance to hospital with non-life threatening injuries, and have all since been released.

The driver of the bus was a 40-year-old female from London. She transported with non-life threatening injuries to hospital by Ornge air ambulance, which attended the scene to assist with transportation of the injured persons. She has since been released.

The driver of the SUV was a female from London. She attended hospital with non-life threatening injuries.

The driver of the dump truck was a male from London, Ontario. He was uninjured.

The collision closed the intersection of Nissouri Road and Evelyn Drive for approximately two and a half hours.

As a result of the police investigation, the driver of the bus has been charged under the Highway Traffic Act with failing to afford reasonable opportunity to avoid collision on a left turn.