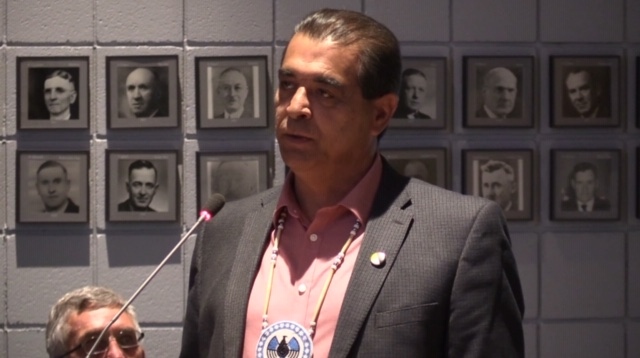 WINGHAM, ONT. -- Lester Anoquot is still the chief of the Saugeen First Nation.

Anoquot narrowly defeated Conrad Ritchie by just 32 votes to retain his spot at the head of Saugeen’s band council. Anoquot has now won three elections in a row.

Ritchie still has a job on council, though. The incumbent councillor, was also on the ballot as a councillor, and was re-elected with the most votes of any band councillor.

Anoquot led the Saugeen First Nation through a vote earlier this year that could have allowed low- and intermediate-level nuclear waste to be buried under Saugeen land, near the Bruce Power site.

The community overwhelmingly voted the plan down.

The Saugeen First Nation has another big decision coming within the next couple years. They’ll be part of a decision on whether Canada’s high level nuclear waste will be buried near Teeswater.

The proposed site lies with the Saugeen Ojibway Nation territory.